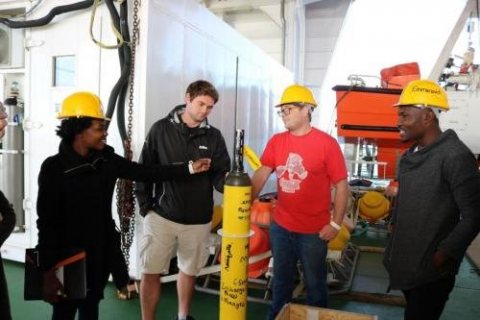 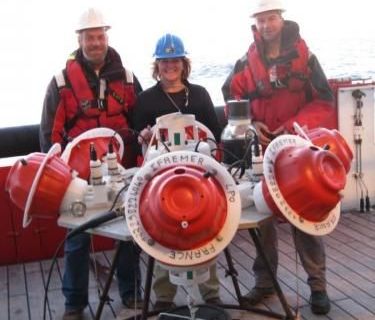 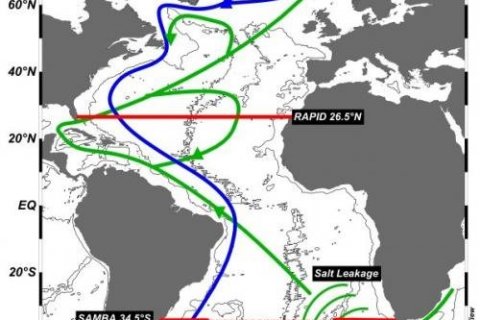 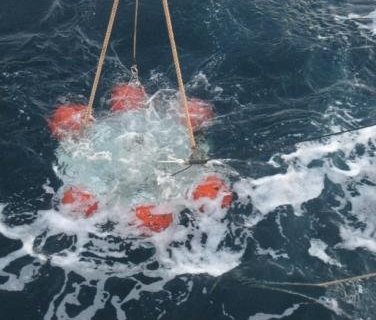 Short description of the project:

Schiermeier’s  2013 “Oceans under Surveillance” in Nature highlighted the need for an extensive array of continuous measurements across both the northern and southern Atlantic, as well as its neighbouring basins. The call for these observations is due to the ocean’s Meridional Overturning Circulation (MOC), a global reaching system of ocean currents. It is the primary mechanism for the transport and storage of heat, freshwater and carbon between ocean basins. Climate models have shown that past changes in the strength of the MOC were linked to climate variations, with future predictions hinting that the MOC will continue to modulate climate change scenarios on time-scales from decades to centuries.

Recognition of the critical importance of the MOC in this region led to the creation of an International community initiative on the South Atlantic Meridional Overturning Circulation (SAMOC). The local branch of this initiative SAMOC-SA, underway since 2013, consists of a number of South African observational platforms aimed at monitoring long-term physical-chemical changes within the ocean current systems south of Africa, as well as their impact on local climate.

Following an investment of over $10 million, the SAMOC array now consists an extensive array of tall moorings, CPIES, full depth CTD stations, Argo deployments, sea time on the SA Agulhas II as well as a multitude of underway and surface measurements extending across the Greater Agulhas Current system and its inter-basin Leakage

Back to Current Projects