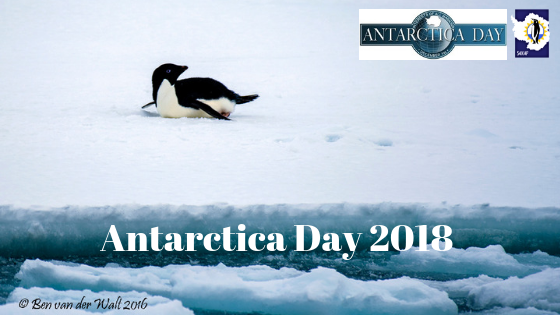 – Commemorating the agreement of the Antarctic Treaty –

On the 1st of December 1959, 12 Nations (including South Africa, the only African signatory) signed the Antarctic Treaty agreeing to 14 commands, including that Antarctica will be used for peaceful purposes only. Today, Antarctica is seen as “a natural reserve, devoted to peace and SCIENCE”.

South Africa has been part of scientific exploration in the Antarctic since 1960, the year of the first South African National Antarctic Expedition (SANAE). Scientist travel annually with South Africa’s research vessel, the S.A. Agulhas II, to the Antarctic. Once the vessel has reached the ice shelf, cargo and passengers are swung over with the ship’s crane. The helicopters onboard also assist in this regard. Passengers then travel about 200km to SANAE IV, which is situated in Dronning Maud Land (71°S, 2°W) where an overwintering team consisting of 10 people are housed.

South African National Antarctic Programme (SANAP) – this is the name of the South African government’s programme for research in the Antarctic and sub-Antarctic regions.

You might be wondering how we will be celebrating Antarctica Day/Month – keep an eye on Antarctic Legacy of South Africa’s Facebook Page or Instagram as from Monday (3 December 2018).

The Antarctic Treaty document can be downloaded  here.