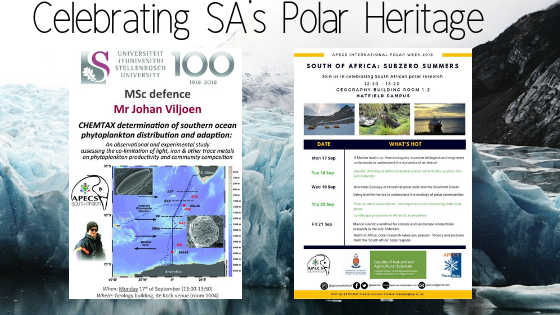 As South Africans we celebrate our Heritage during the month of September. Also, during the second last week of September all over the globe researchers celebrate ‘International Polar Week’. In 2017 Antarctic Legacy of South Africa came up with a slogan to combine the two celebrations: “Celebrating South Africa’s Polar Heritage’.

This slogan is to remind all South Africans of our involvement in the Antarctic region since 1947/1948, when South Africa Annexed the sub-Antarctic Marion and Prince Edward Islands. In 1955 the first South African (Hannes la Grange) set foot on the Antarctic Continent and the foundation was laid for all future South African Antarctic expeditions. On 3 December 1959 South Africa’s first Antarctic overwintering team (South African National Antarctic Expedition – SANAE1) departed from Cape Town Harbour on the Polarbjørn. 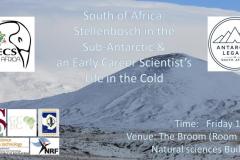 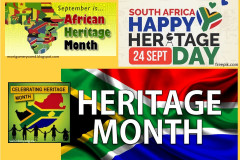 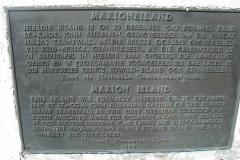 The annexation plaque on the Fairbairn Monument, Marion Island. 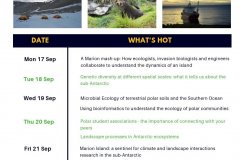 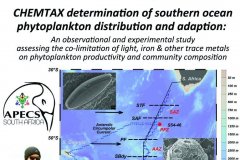 Stellenbosch University
This year South Africa’s Polar Heritage will be celebrated by four events (three organised and hosted by APECS South Africa and one event hosted by Iziko Museums of South Africa):

Why is ‘Polar Week’ celebrated in September (and also in March)?

“The equinoxes in September and March are the only time when everywhere on earth the day length is 12 hours, a perfect opportunity to celebrate the poles on a global scale!” (APECS – Association of Polar Early Career Scientists).

Click here to see where Antarctic Legacy of South Africa was in involved in 2017.


Error: API requests are being delayed for this account. New posts will not be retrieved.