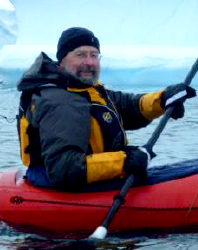 This was indeed sad news for me to hear of the passing of Prof David Walton. He was an extremely productive scientist and very active in a number of Antarctic related matters. SCAR (Scientific Committee on Antarctic Research) acknowledged his contribution by awarding him the SCAR Medal. I’ve met David about 20 years ago and we would meet annually at Antarctic Treaty Consultative Meetings (ATCM) where he was initially the SCAR representative and later the Editor of the ATCM Annual report, working with a bunch of young rapporteurs.

When our government requested a review of SANAP in 2007, David led an international panel of experts to conduct the review. Click here for this full report. He and his team spent a few weeks in South Africa. A number of South Africans involved in SANAP, both scientists and administrators, have met him.

He was a very likeable person and despite all his achievements a humble person with a sharp sense of humour. The Antarctic and international science communities have lost a giant.