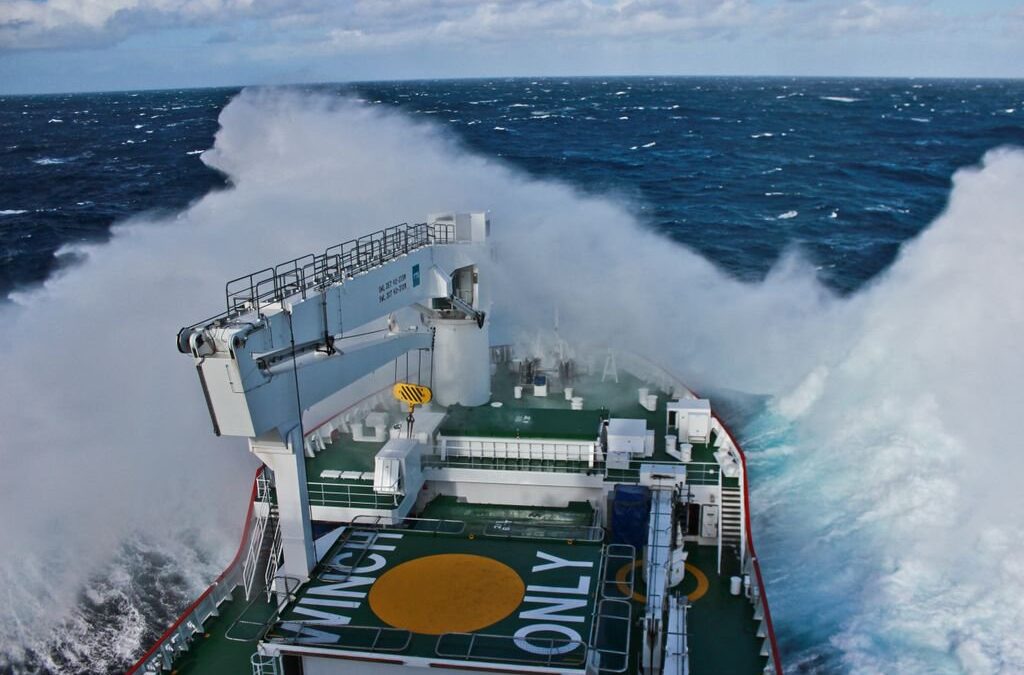 The year is 1914, with the imminent threat of World War I, Sir Ernest Shackleton was on the cusp of embarking on a journey to the uncharted South Ocean and treacherous Antarctic region. Upon learning about the mobilization of troops, supplies and volunteer soldiers, Shackleton offered up his ship the “Endurance”, men, and services in the event of war breaking out. He was initially given the “Proceed” command from the Admiralty office, however soon after received a telegram from Winston Churchill thanking him for the offer but would prefer that they proceed with the expedition. 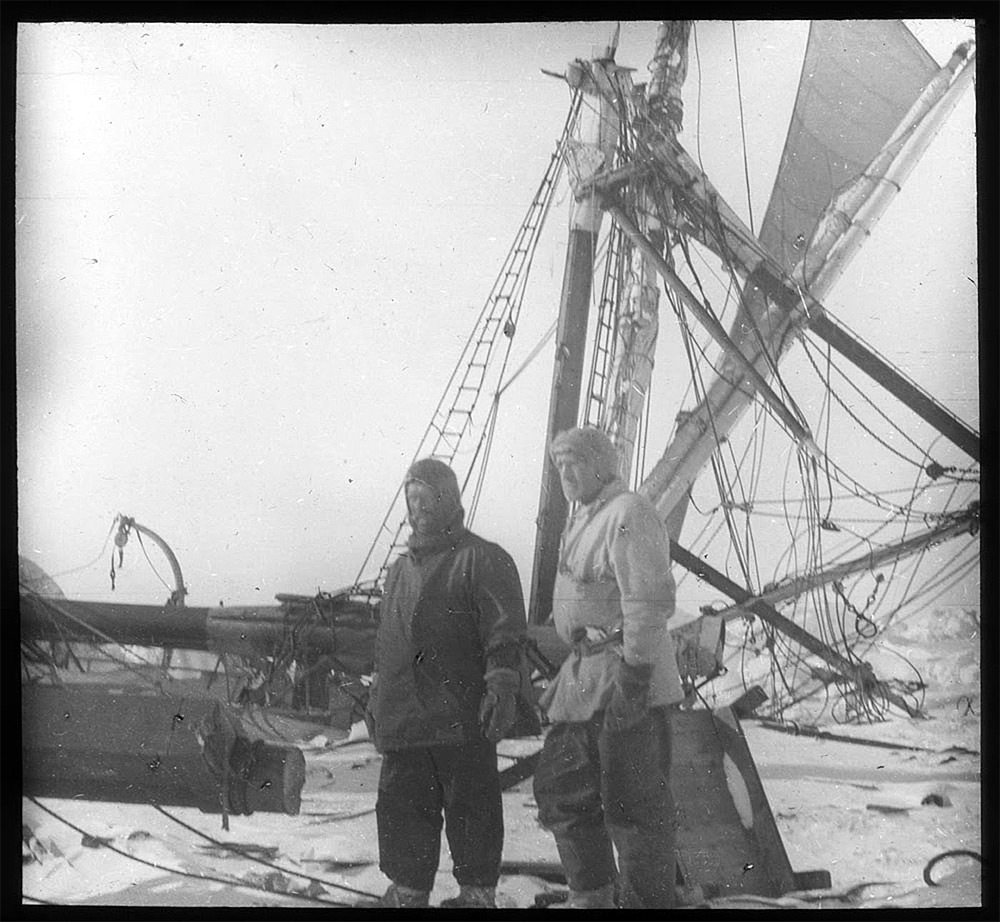 Sir Ernest Shackleton and Frank Wild with the crush “Endurance”. 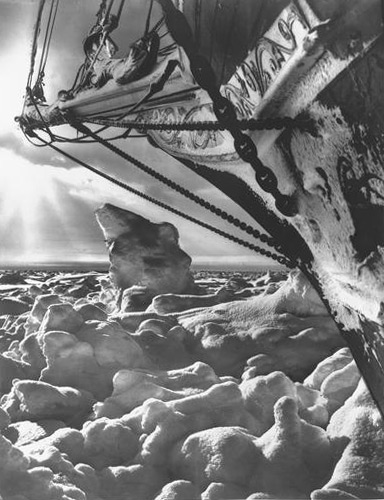 Thus, giving birth to one of history’s most epic expeditions, tale of bravery, resilience and spirit of adventure. The “Endurance” set sail for South Georgia, where it was stocked, and preparations made for the harrowing journey into the uncharted Weddell Sea. Unfortunately, the “Endurance” was met with an unforgiving sea and severe ice conditions which soon caused the untimely demise of the expedition and eventual loss of the vessel, beneath the frozen tundra. Although the ship was lost to the sea, the spirit of survival and unshakeable brotherhood of the “Endurance” crew is a timeless tale echoed throughout history. Shackleton’s efforts in rescuing his men and safe return of every crew member remains a remarkable story never to be forgotten and has paved the way for future intrepid explorers. 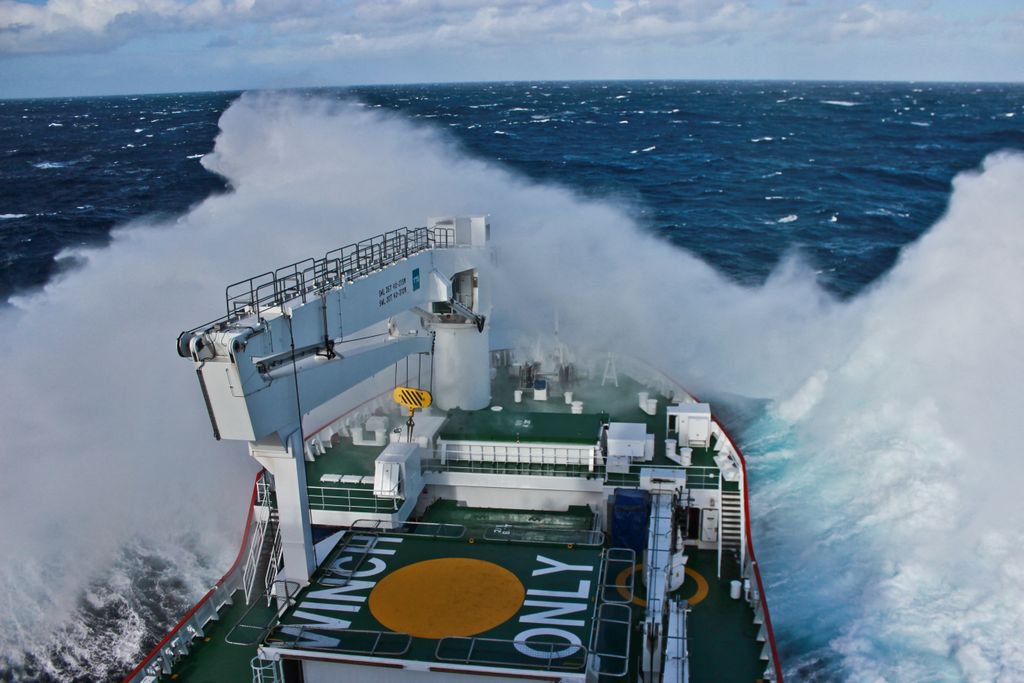 Fast forward 104 years, in February 2019, the S.A. Agulhas II set out to make the first attempt (Weddell Sea Expedition 2019) in reaching the last known sinking site of the “Endurance” with the hopes of uncovering the wreck. The expedition was successful in that the vessel, along with its ambitious expedition team reached the sinking site and conducted a plethora of oceanographic operations. Unfortunately, the search for the “Endurance” was abandoned due to the technical difficulties and subsequent loss of oceanographic equipment. The expedition team and S.A .Agulhas II crew faced treacherous seas and extreme ice conditions, indicative of the Weddell Sea. Thus, serving as firm reminder of the unforgiving nature of the Southern Ocean, but with that said the Weddell Sea Expedition team (Endurance 22) returns with renewed hopes in discovering Shackleton’s lost “Endurance”.

Coverage and updates of Endurance 22 Expedition will be covered by and ALSA via social media channels (Twitter, Facebook and Instagram). There is also an amazing opportunity for schools to engage and gain wonderful insight into the voyage through a virtual classroom made possible by “Reach the World” foundation. Register here: https://bit.ly/3HtS8jK

Reach the World, in partnership with the Falklands Maritime Heritage Trust will be the largest virtual exchange expedition in organisational history! Real-time articles, video content from explorers and scientists will be made available as well as communication from Endurance 22 participants throughout the voyage. A number of classroom subjects will be addressed such as STEM, Social Studies, English Language Arts (ELA), and Social-Emotional Learning (SEL)

Learn more and register at explore.reachtheworld.org 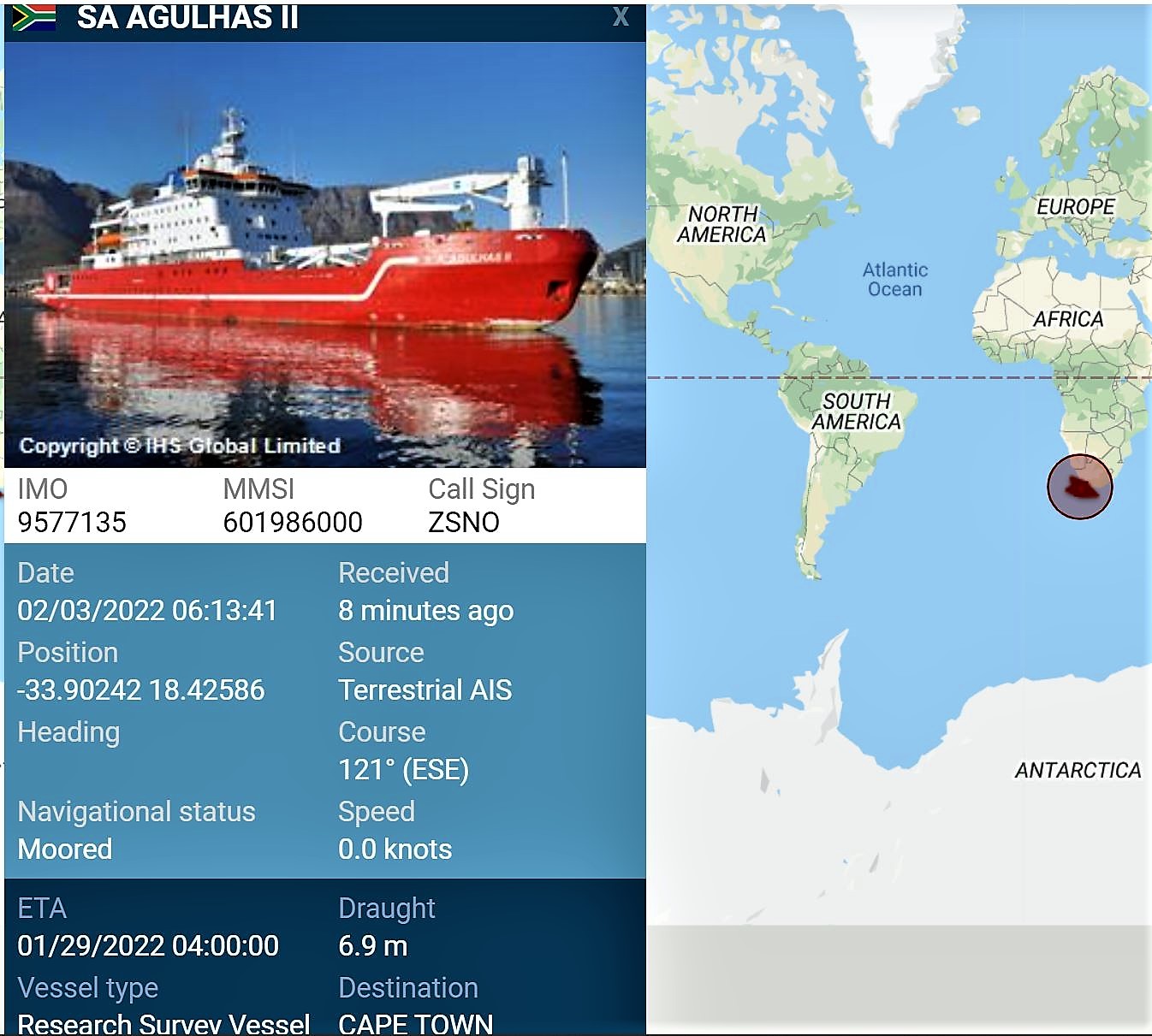 Track the S.A. Agulhas II during the Endurance22 Expedition with Captain Knowledge Bengu in the bridge and Freddie Ligthelm as Ice pilot. 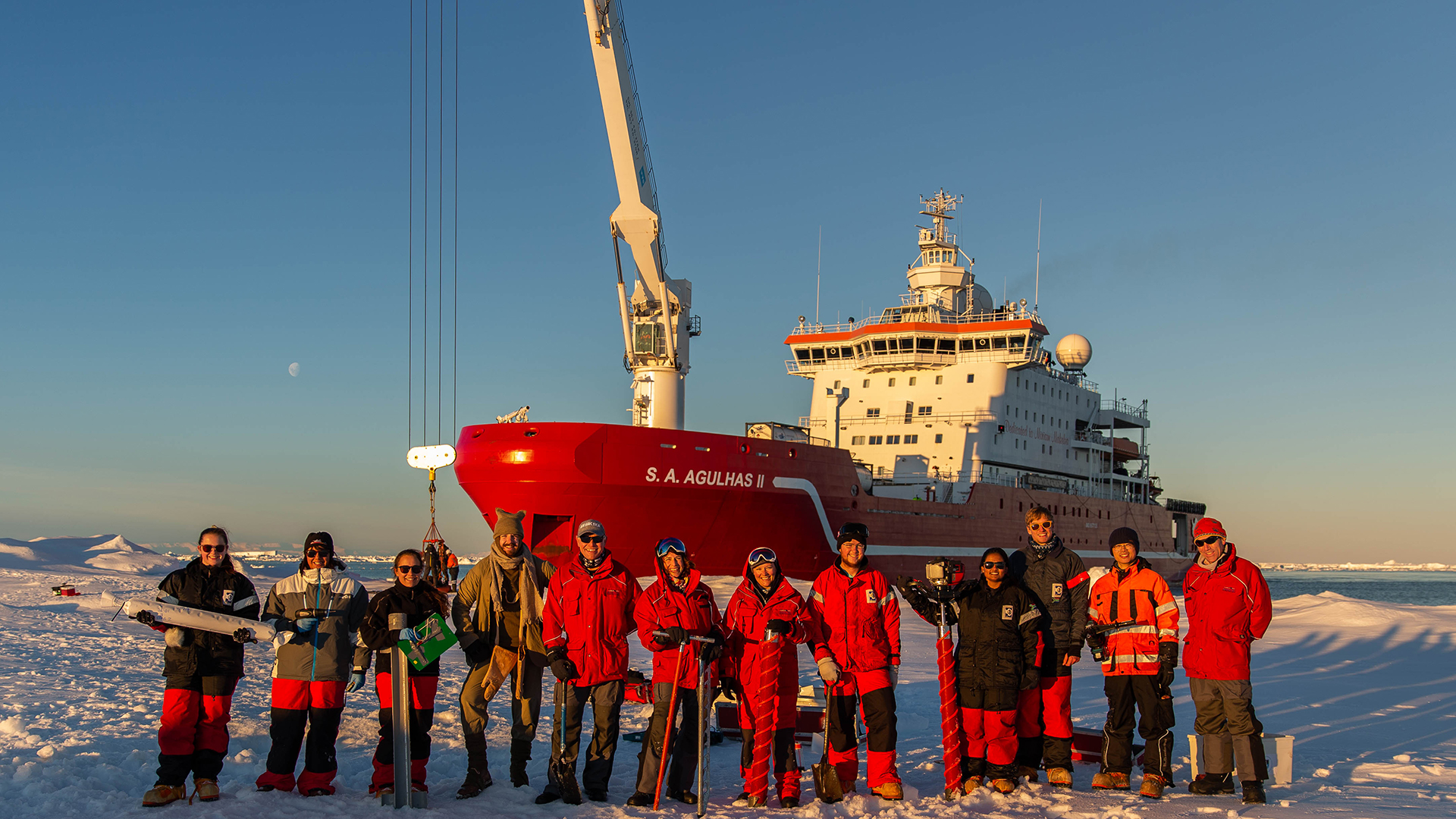 Image above and below taken during the Endurance Expedition in 2019 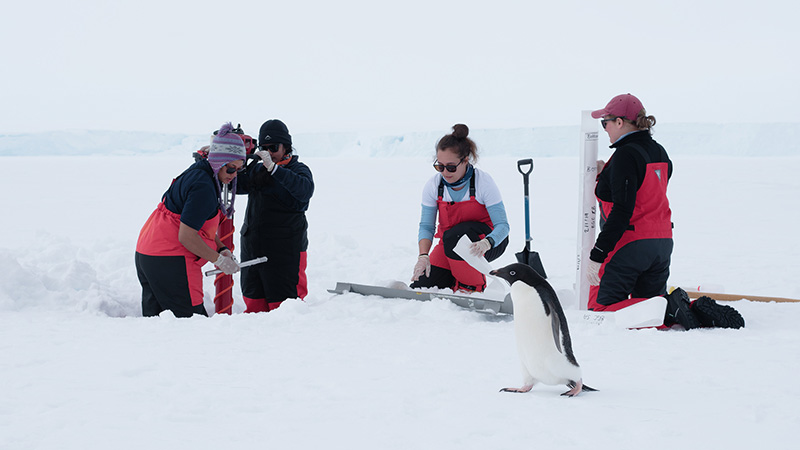 “Sir Ernest Shackleton’s name will for evermore be engraved with letters of fire in the history of Antarctic exploration.” – Roald Amundsen

Images from Sir Ernest Shackleton obtained from : https://www.coolantarctica.com. A great source that can be used in the classroom.