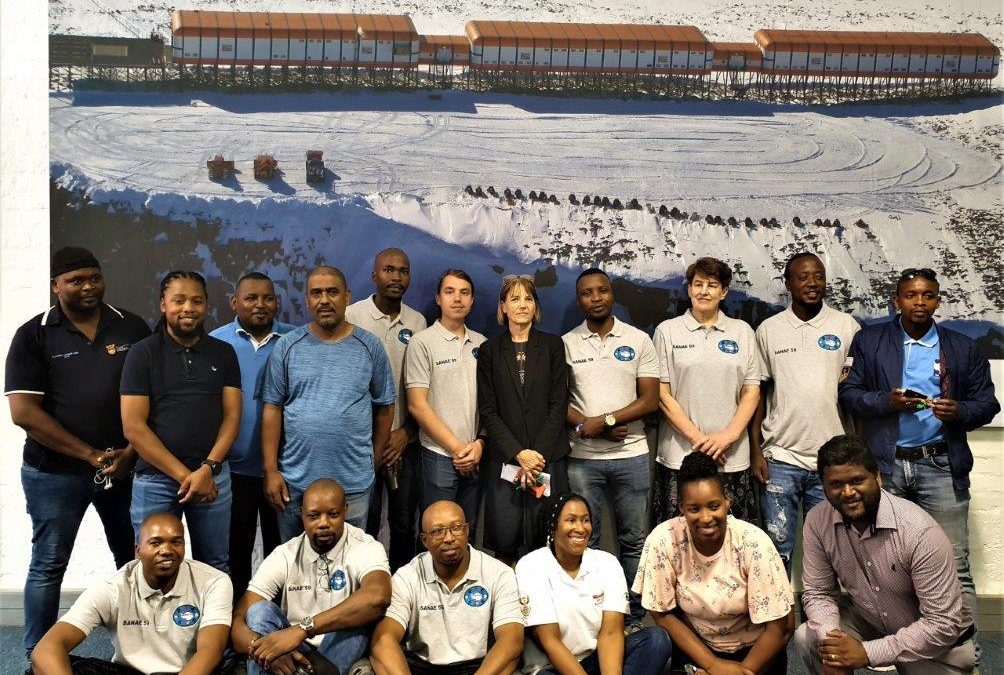 Over the past 60 years, South Africa has sent down an overwintering team to South Africa’s station in Antarctica. This event start early on for applications to be posted for the team and then a huge amount of work go into planning for the next overwinter and takeover period. After months of planning and preparation by different government departments and institutions, the day of departure arrives.

Early on, all the team members arrive. The crew of the S. A. Agulhas II get our South African vessel ready for departure. Takeover personnel, research teams, The Department of Public Works and other institutions arrive to make sure everything is loaded to carry out their tasks during the takeover period. 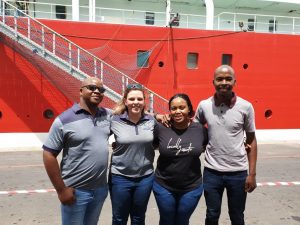 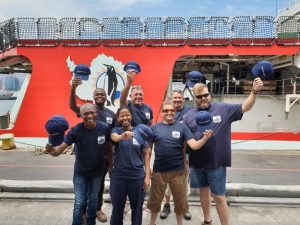 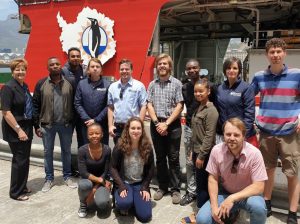 Family members, colleagues  and friends come to say goodbye to their loved ones, who will be gone for more than a year. 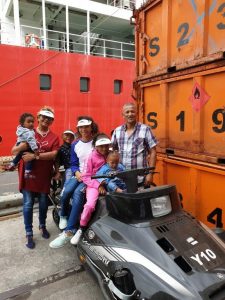 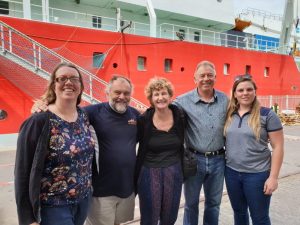 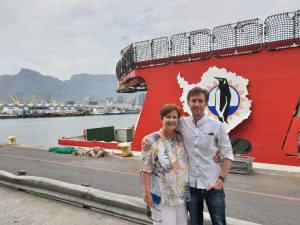 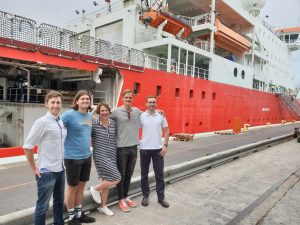 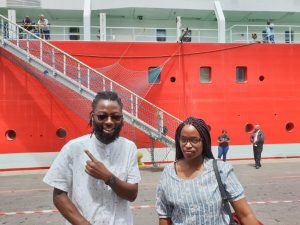 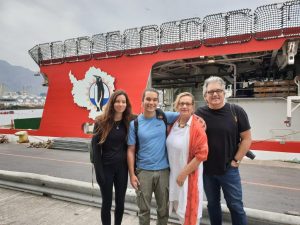 Alexander Oelofse with Family before departure

The overwinter team SANAE 59 is announced. A farewell speech for the team is given by Dr Judy Beaumont (Deputy-Director: Oceans and Coasts of the Department of Environment, Forestry and Fisheries). 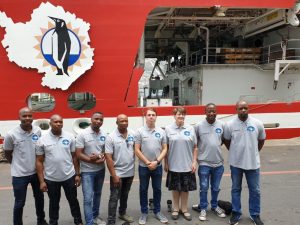 A last few good-byes and photos and a team photo conclude the activities. 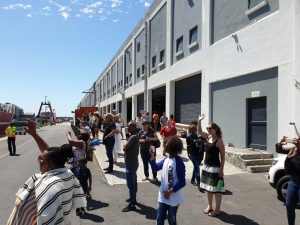 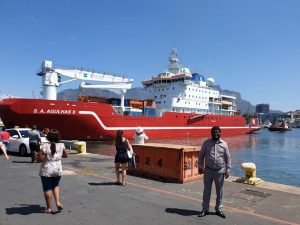 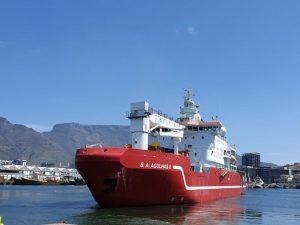 The ship’s engines are running, the horn sounds and lastly the ladder is pulled up – off they go to be at sea for little more than a week until the ice shelf is reached.

We wish SANAE 59 a successful time at SANAE IV !