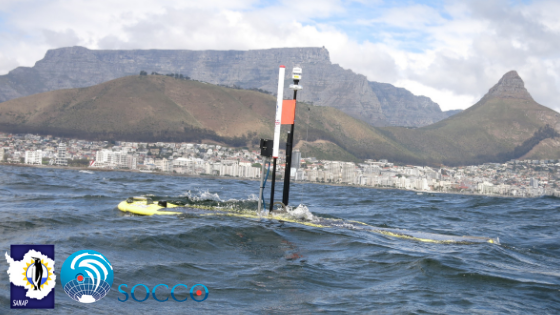 Our Wave Gliders have arrived back from the Southern Ocean.  Last Friday 5th April we picked up our second carbon Waveglider WG027 a few tens of metres from the breakwater in Granger Bay at the end of an exciting but problem free transit of 1500km from the Sub-Antarctic Zone (43oS 8oE)(Video).  Its twin WG052 had completed its even longer transit of 2800km from the Polar Upwelling Zone (54oS OoE) 9 days earlier.  Both units arrived in excellent shape in what was a first for us, bringing our gliders home with a ship pick-up.  Both gliders completed 4-month long missions of which 10 weeks were sampling at their respective locations and 6 weeks transiting back to Cape Town.

VIDEO: WG052 waiting to be picked up off Granger Bay in a cold misty morning in Cape Town a couple of weeks ago after its 2800km epic from 54oS.

Video of WG052 waiting to be picked up off Granger Bay in a cold misty morning in Cape Town a couple of weeks ago after its 2800km epic from 54degreesS.

Posted by Antarctic Legacy of South Africa on Tuesday, 16 April 2019

Bringing the gliders home under their own means opens the door towards the direction of reducing the dependency on ships and reduces the long-term costs of long-term observations.  It is a significant technical challenge for the robots and the engineers.  The biggest problems we encountered, apart from the vicious storms, were the very strong mesoscale jets west of the Agulhas retroflection area.  Jets with flow speeds of over 2kn posed navigation challenges for the pilots but we also learned much from the experience and despite a few necessary deviations (Figure 1a,b) that probably added a week to the transit we got them home in really good shape (Figure 2). 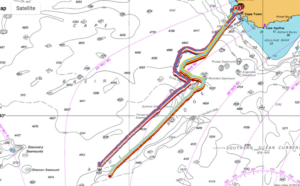 Figure 1a: shows part of the route of the gliders from the Sub-Antarctic Zone (SAZ) to highlight how the transit routing had to be adapted to follow the mesoscale jets to the west of the Agulhas current retroflection area. 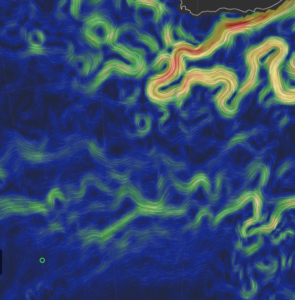 Figure 1b: shows the location of those jets SW of Cape Town.

Figure 2: Wave glider WG027 on its dolly after recovery last week and displaying a few goose barnacles as a memory of its 4-month in the Sub-Antarctic Zone.

The decision to bring them home was shaped by two main considerations: firstly, we wanted to avoid the expensive physical damage to the gliders that often happens with ship recovery, especially under the typically rough conditions in the Southern Ocean.  As it turned out we made the right call especially for WG052 which would have been all but impossible to retrieve such were the conditions.  Secondly, we wanted to evaluate if wave gliders can be combined to address mesoscale differences in the response of the ocean to synoptic scale atmospheric forcing.

As mentioned in earlier posts each of these gliders was paired with a buoyancy glider over the entire period of deployment at their respective long-term observational sites in the SAZ and the PUZ as part of two NRF-funded SOCCO SOSCEX-Storm projects.  This pairing enabled us to simultaneously observe the air-sea fluxes of CO and the ocean physics dynamics that influence them in the upper 1000m of the ocean.  This is necessary because it is not clear how important these ocean dynamics are in predicting the climate sensitivity of the carbon cycle in the Southern Ocean.   This learning will be used to improve the Earth System Models used to predict regional and global climate change, particularly the South African CSIR-VrESM model being developed as a collaboration between SOCCO, Global Change Institute-Wits University and the MaRe Institute at UCT.

All the instruments were fully operational over the entire time and the initial look at the data suggests that we have excellent accuracy and precision.  This was the first operational test for our newly developed VeGAS pCO2 units on both gliders and we will do a deep dive into the data later this week.

This science work would not have been possible without the expertise and dedication of our engineering partners at Sea Technology Services who run SA-RobOTIC and their student engineers.