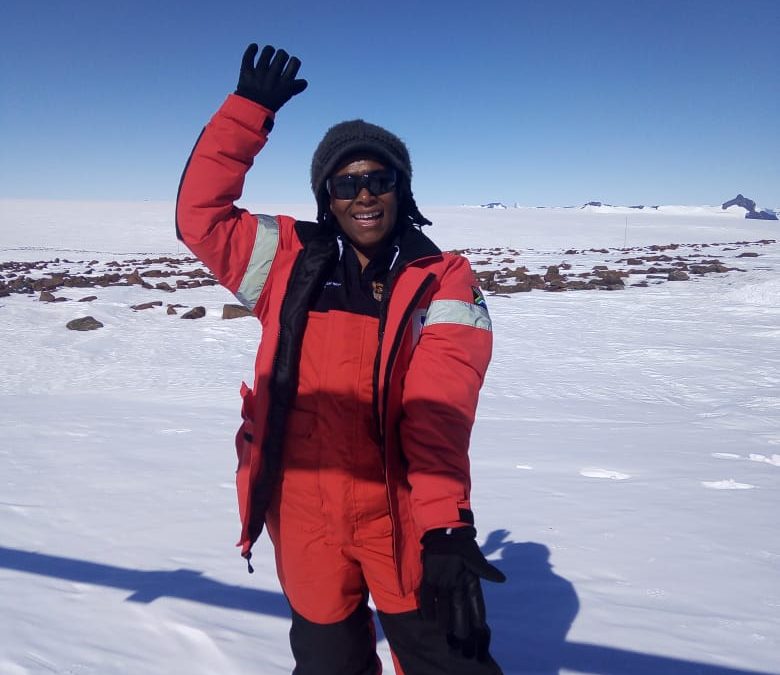 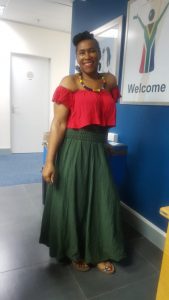 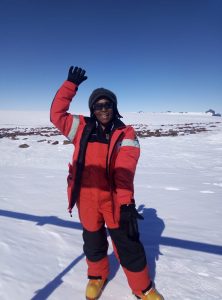 My name is Khuselwa a.k.a. Kusi Ngxabani, Deputy Director: Vessel and Helicopter Management with effect from 01 September 2019.  I joined the erstwhile Department of Environmental Affairs & Tourism in 1997 as an Administrative Clerk, in the Directorate: Antarctica and Islands, was promoted to Senior Administration Officer in 2003 and later promoted to the Assistant Director: Scientific Liaison and Administration Support position in the same directorate from 1 April 2008 to 31 May 2015.  My directorate is dealing specifically with the South African National Antarctic Programme (SANAP).  SANAP’s mandate is to provide logistical support to Researchers (Scientists). From 01 June 2015 I was promoted Deputy Director, heading the Sub-directorate: Travel and Fleet Services in the Directorate: Facilities and Administration Services (Cape Town) within the department.  I served the aforementioned directorate until 31 August 2019. 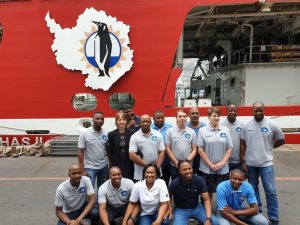 What drives your passion in the job you do in the department? (Image Kusi with departure of SANE59)

One thing one should know is that you can take the girl out of SANAP but you cannot take SANAP out of the girl.  I just love working with people.  All the reason when opportunity presented itself to return to the Directorate: Southern Oceans and Antarctic Support to contribute to SANAP I did not think twice but grabbed it with both hands.  It was no promotion but a lateral transfer.  The positive and pleasant attitude of the people you work with gets you through the day.  You know that feeling that whatever situation you come across, you can actually grab the bull by its horns and conquer anything. I came back to a different Sub-directorate with different responsibilities than what I was doing prior to leaving in 2015.  For now it feels like a mammoth task but with my dedication and zeal I know I will make it, I’ll take it one step at a time.  The thought of making a difference in the lives I touch with people I serve and work with is enormous. 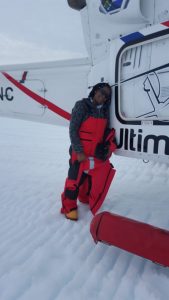 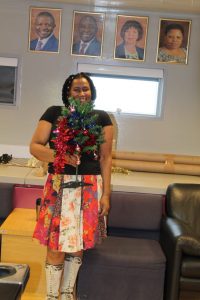 What do you find most challenging and rewarding about working within SANAP?

The most challenging aspect of my job is when people make their poor planning my priority.  For an example, my most recent relief voyage to Antarctica as a Departmental Coordinating Officer (after 7 years) came with challenges especially with the supply of goods.  Some people do not have sense of urgency and that could be detrimental to any relief voyage which has a scheduled date of departure and return.  What is rewarding however, is the fact that my contribution to the department and SANAP has an enormous impact on the performance of others. In addition, to have a lot of work, feel you are ‘snowed under’ but leave the work place having that fulfilment that you have met the target you set for yourself, having made a difference in one way or the other. Being involved in organising departmental activities gives me adrenalin rush and even most rewarding when the functions are successful.  I am usually asked to be Programme Director for events within the department. See interview with Kusi at SANAE IV during takeover 2019-2020

What do you consider to be your greatest achievements in your career life thus far?

To be appointed as the first Black Woman Departmental Coordinating Officer (DCO) for the 2006 Marion Island relief voyage. What an experience and achievement. Having studied Part-time and graduated in National Diploma: Public Management and later B-Tech: Public Management.  Those were the tough four (4) years of my life as leaving work at 16:00 to be in class from 17:00 until after 21:00 was no walk in the park.  Had I studied at a younger age, by now I would have been further in my career, however, as a single parent I do not regret opting to raise my son first.  He means the world to me; he is the Apple of my eye. 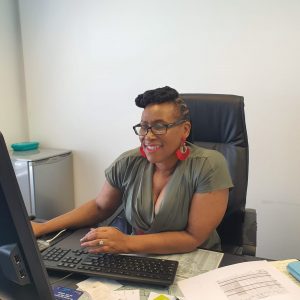 What would your advice be to those who want to follow the same career path as you?

When afforded an opportunity grab it with both hands and make the best out of it.  Keep pushing and strive for high ideals and remember, Rome was not built in a day.  Letta Mbulu sings “…and the road will be muddy and rough, we will get there you know just how we will get there, we know we will carry on…” There is a saying that curiosity once killed a cat but in the career field I stand to differ with that notion.  Always have hunger for knowledge, be curious, further your studies and you will realise that only the sky is the limit! In the workplace I live with the words of Max Ehrmann in his ‘Desiderata’, “Listen to others, even to the dull and the ignorant, they too have their story. Avoid loud and aggressive persons; they are vexations to the spirit”. From a person extract what is positive and inspiring and leave the rest.  Always keep your head above water, keep the faith and never stop praying