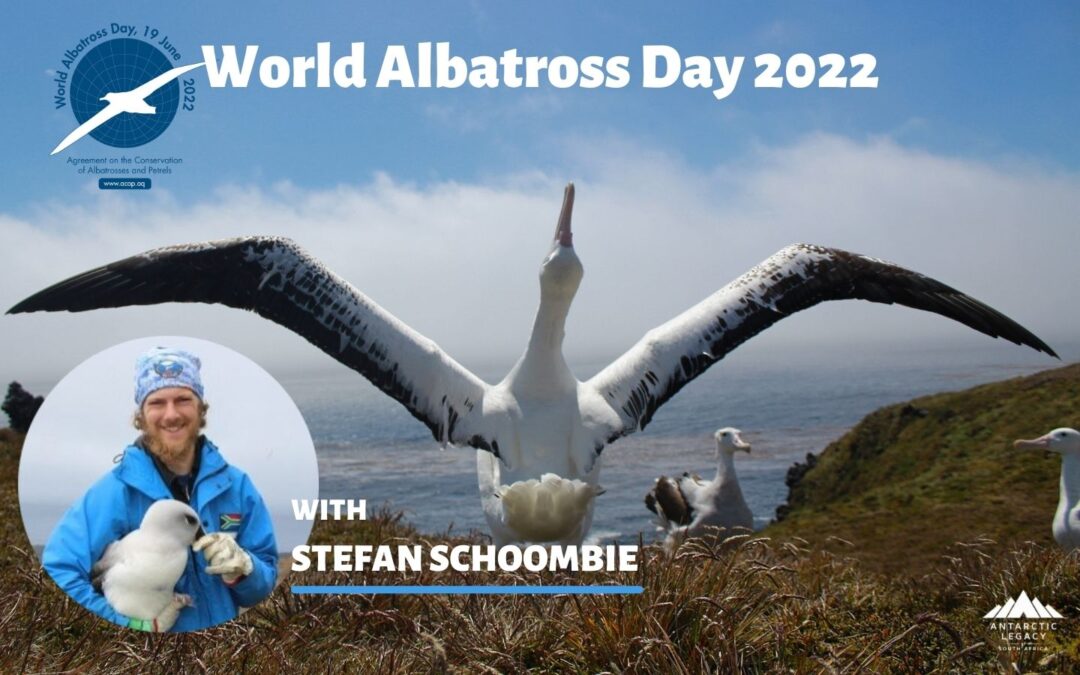 World Albatross Day was inaugurated by the Agreement on the Conservation of Albatrosses and Petrels (ACAP) in 2020 and is now celebrated annually on 19 June. 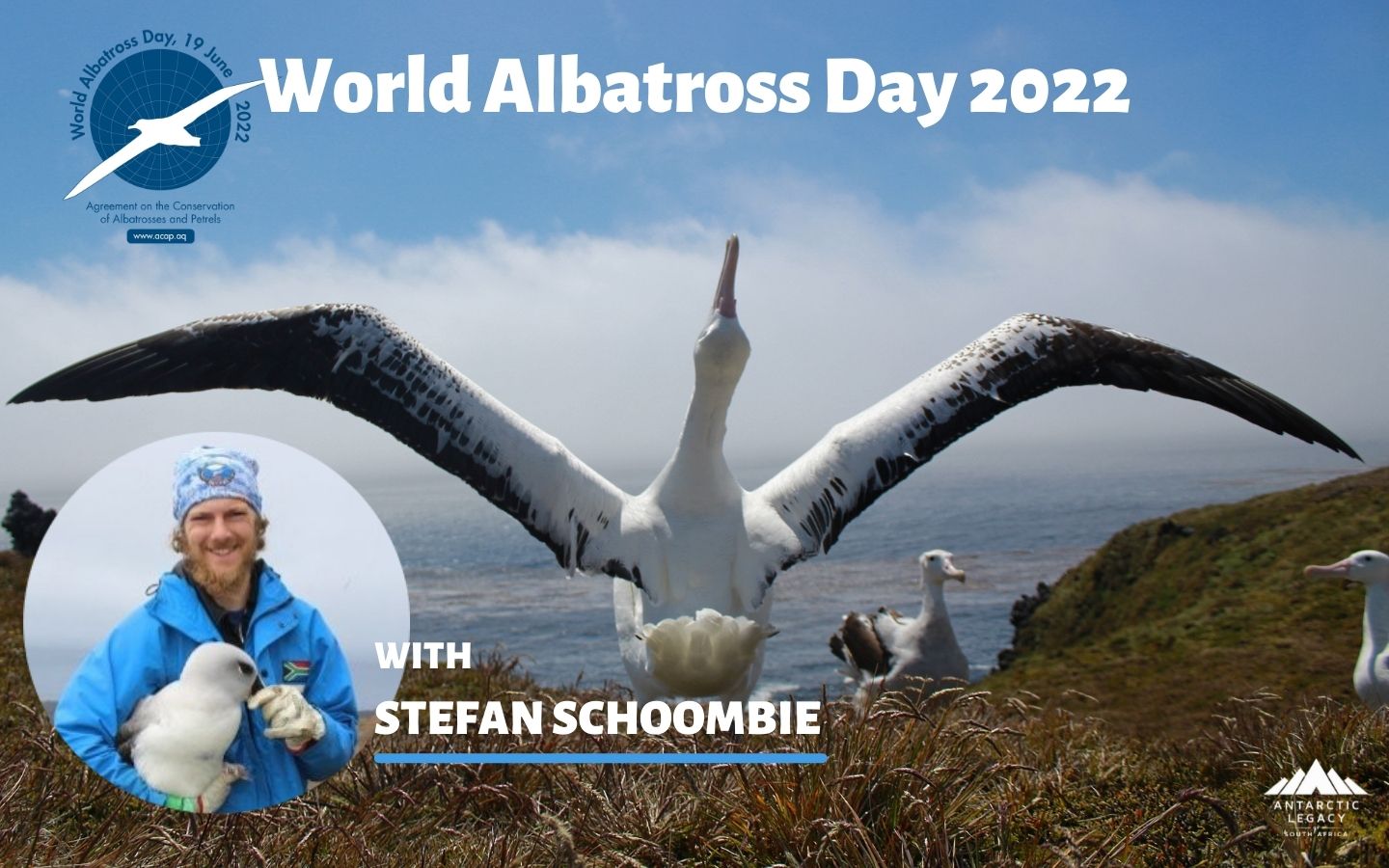 I have spent the past eight years in close contact with albatrosses, but have realised that many don’t really know of their existence and/or importance. World Albatross Day is a very important initiative to highlight the wonders of these special birds, as well as the threats they face on a daily basis.

Stefan Schoombie, a PhD in Biological Sciences at the University of Cape Town. His research focus is on the behaviour of seabird species.

How did you end up working on seabirds in the sub-Antarctic?

After finishing a BSc (Hons) at the University of KwaZulu-Natal in 2012, I had the opportunity to overwinter on Marion Island as part of the 70th overwintering expedition. During this expedition (2013-2014) I worked as a field assistant (for Fitzpatrick Institute of African Ornithology), monitoring seabird colonies, and gathering data for my Master’s degree.

I was fortunate enough to join several more expeditions to Marion Island between 2015 and 2019, this time gathering data towards my PhD degree, while performing other research activities with the ultimate goal of seabird conservation.

How would you describe your first encounter with an albatross?

The first albatross I encountered was a Wandering Albatross, sitting on a nest on Marion Island. The sheer size of the bird was unbelievable, but the fact that they are so calm in our presence was incredible. Adult albatrosses breeding on sub-Antarctic Islands have no natural predators while on land, and thus they are not as scared of us as most land birds that we are used to. However, the most amazing thing about a Wandering Albatross is when they open their wings and reveal a three-meter wingspan. 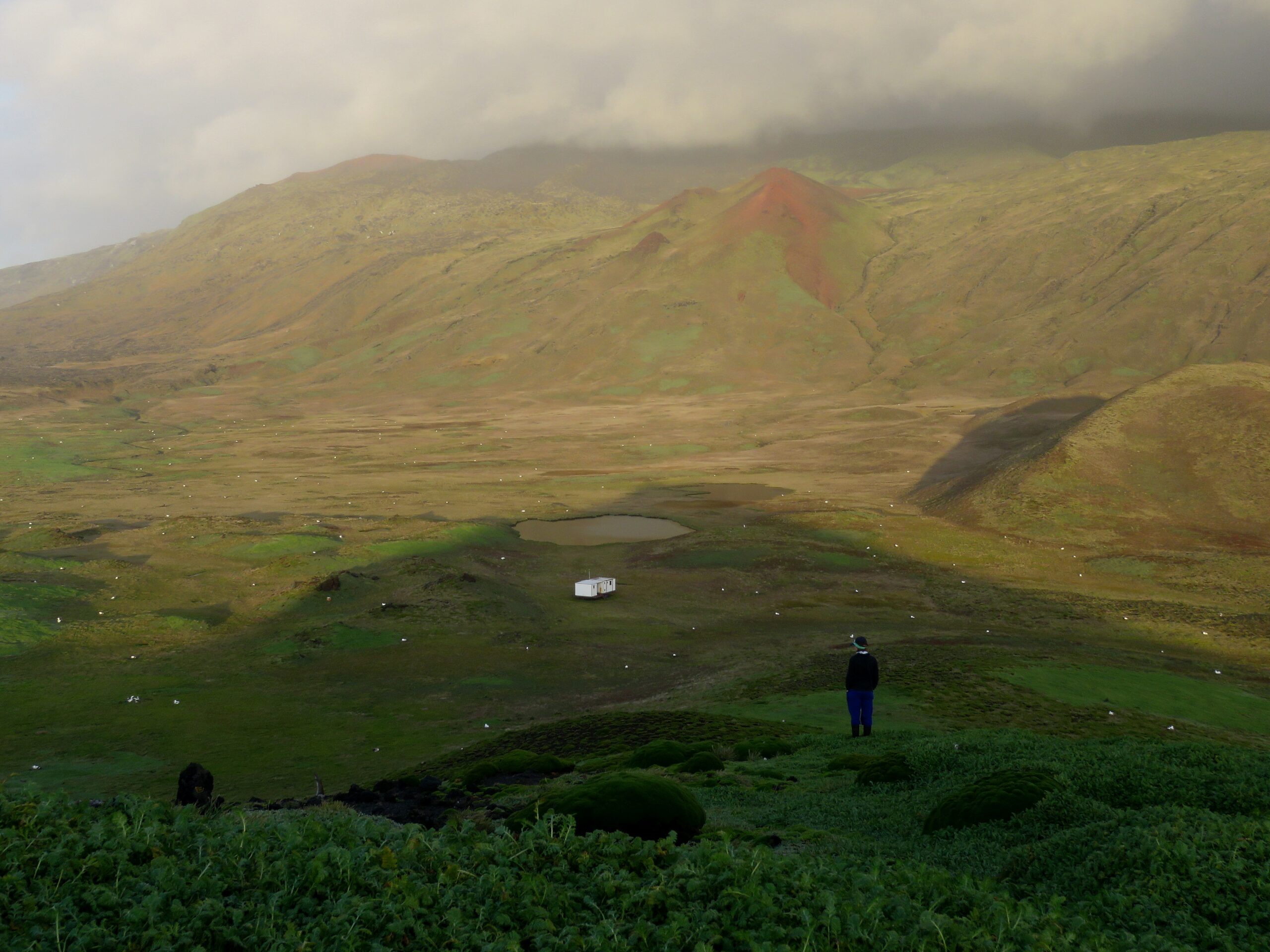 Swartkops hut (on the Western side of Marion Island) and hundreds of Wandering Albatross nests.

The different Albatross species on Marion Island are each unique in their own way. How would you describe the uniqueness of each species?

By far the most impressive of the albatrosses when you are up close. I tracked the fine-scale movements of these birds for my PhD degree, resulting in a lot of close encounters with them. We also monitored hundreds of breeding birds, as part of a long-term monitoring program. I was fortunate enough to spend enough time on Marion Island to see albatross chicks grow up from tiny chicks up to the point where they were large and strong enough to fly off into the vast Southern Ocean skies. Part of my research included the use of bird-borne cameras, where we were able to see what the birds experienced from their point of view, giving me a new-found respect for the incredible flying capabilities of these birds.

These were the first albatross species I worked with, while gathering data for my MSc. Part of my research included setting up a long-term monitoring colony of Sooty Albatrosses. This included marking a large number of birds with unique numbered rings, for identification, which is particularly challenging seeing that these are cliff-nesting birds. One of the most memorable things about Sooty Albatrosses is their calls, which echo along the cliffs as they call to their partners. They also perform a synchronised flight as part of their courtship which is something to behold.

These birds are very similar to the Sooty Albatross and I conducted the same research as with the Sooty Albatrosses. Light-mantled Albatrosses are more common in the southern parts of the Southern Ocean, with Marion Island being their northernmost breeding ground. Thus, their population size is quite small on Marion and the birds are a bit more skittish than other species.

These are incredibly beautiful birds that are very photogenic, but their cliff-nesting behaviour makes them difficult to get close to. Apart from a small monitoring colony, we normally don’t come close to these birds and only perform annual counts with binoculars. However, in 2015 increases in attacks from invasive house mice resulted in us monitoring them much closer. Grey-headed Albatrosses breed in dense colonies which is like a very noisy, busy airport terminal, with birds landing and taking off all around you.

Marion Island is not a breeding ground for Black-browed Albatrosses, but there is one vagrant individual that breeds with Grey-headed Albatrosses from time to time, resulting in hybrid offspring.

Seabirds of the sub-Antarctic are under threat due to unsustainable fishing practices, climate change, and invasive species. Currently, on Marion Island, the invasive house mice are threatening the albatross species living and breeding on this sub-Antarctic island. The Mouse-Free Marion Project (partnering with BirdLife South Africa and the South African Department of Forestry, Fisheries and the Environment) aims to remove the mice from Marion Island in 2024.

YOU CAN HELP SAVE MARION ISLAND’S SEABIRDS

View the ACAP Media Release for this Year’s Albatross Day

⛴News from the S.A. Agulhas II currently on the

Albatrosses... This image portrays the devastatin