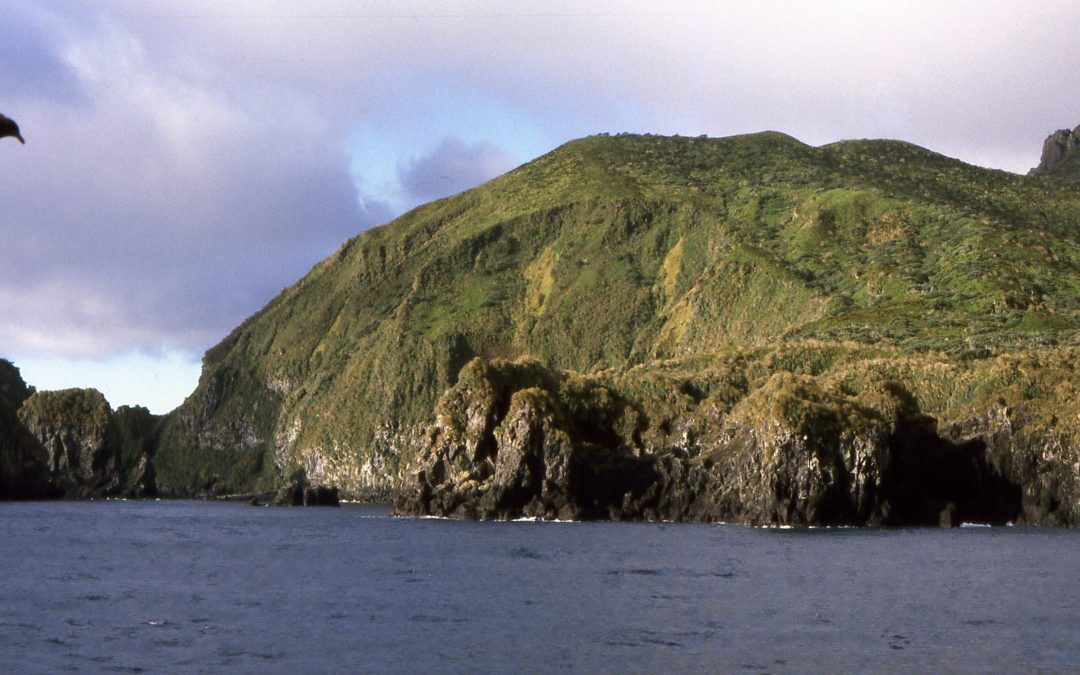 “World Heritage Day or the International Day of Monuments and Sites has always been an occasion to reflect upon – and often visit – heritage sites that are important to us. This year, during the Covid-19 crisis, most of us can only enjoy our heritage online, through virtual visits and tours, as well as social media posts.” – UNESCO (Visit the ALSA archive and the SANAP website photo galleries to see images)

Owing largely to its spectac­ular abundance of seabirds, and its unusual and reputedly pristine land­scape, Gough Island was declared a wildlife reserve under the Tristan da Cunha Conservation Ordinance of 1976, gained Scientific/Strict Nature Reserve Status under IUCN Category I in 1985, was inscribed on the IUCN World Heritage list (under criteria iii, iv) in 1995, and in 1997 became a nature reserve under the Tristan da Cunha Conservation (Amendment) Ordinance. The nature reserve now encompasses a 12 nautical mile zone around the shore. Activities on Gough Island and in the surrounding waters are regulated by formal ordinances of Tristan da Cunha, including those for Conservation, for Export and Import Control, and for Fisheries Limits, and by the adoption of a formal man­age1nent plan. (From “Gough Island; a Natural history” by C Hanel, SL Chown and KJ Gaston)

The site, located in the south Atlantic, is one of the least-disrupted island and marine ecosystems in the cool temperate zone. The spectacular cliffs of Gough, towering above the ocean, are home to one of the world’s largest colonies of sea birds. Gough Island is home to two endemic species of land birds, the Gallinule Comeri (Gough Moorhen-below left)and the Gough Rowettia Goughhensis (Gough Finch- below middle,right), as well as to 12 endemic species of plants.

Although now most widely known as a haven for seabirds and an important conservation area in the Southern Ocean, the island has long caught the attention of mariners and adventurers. At first, the island was appre­ciated as a source of perennial fresh water, whilst later its strategic posi­tion, unusual terrestrial flora and fauna, and marine living resources have proven the attraction. 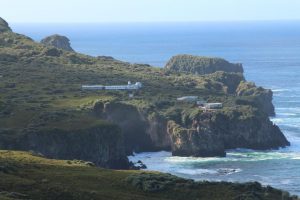 Its position in the path of cold fronts gener­ated in the far Southern Ocean and on their way to South Africa has meant that the conditions experienced at Gough Island serve as an early warning for those that can be expected in South Africa and along the Cape sea route. for this reason, a South African meteorological station has been maintained at the island in an agreement reached with the administration of Tristan da Cunha. From: “Gough Island; a Natural history” by C Hanel, SL Chown and KJ Gaston