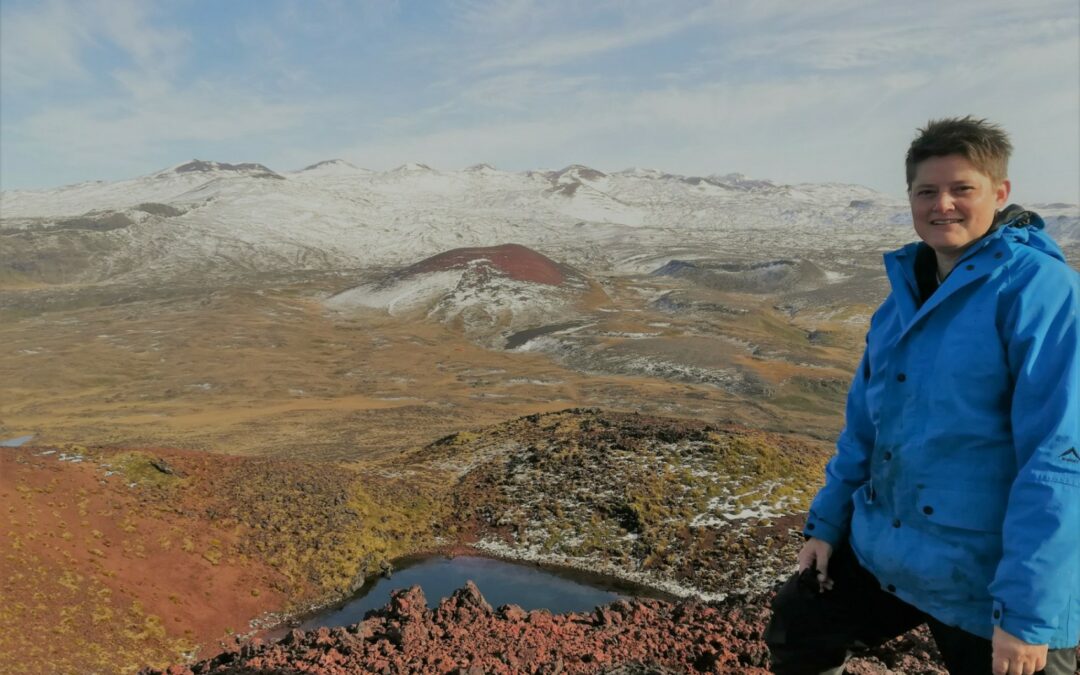 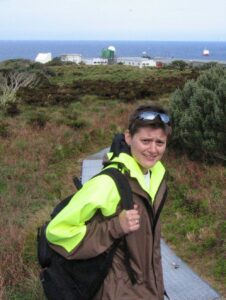 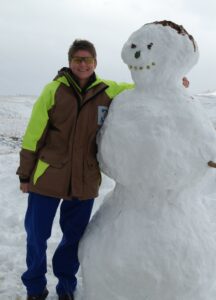 A friend of mine once told me that I am a borne civil servant, and it turns out she was right. Although I got accepted at the University of the Free State to study civil engineering after I matriculated, at the time my parents lacked the financial means for me to go through with it, and so started my career in the civil service at the Department of Public Works in Bloemfontein. One year later I was awarded a study bursary, and completed a four-year part-time qualification in Public Management and Administration at the Free State Technikon. In 2000 I was promoted, relocated to Cape Town, and joined the Department of Environmental Affairs and Tourism. This was the best decision I ever made. (Image left: Gough Island – Image right: Marion Island)

(Images L-R: offloading at SANAE depot – SANAE helipad Neumayer delegation – Day trip to Neumayer)
So, working in procurement and supply chain management at the Directorate: Antarctica and Islands, I became part of the SANAP family (that was the spirit in those days). My first opportunity to participate in the South African National Antarctic Programme came in 2002, and to Antarctica no less. Thrown in at the deep end, as part of fast-tracking the next generation of DCO’s, I was on my way to SANAE. During the next few years, I participated (and coordinated) in relief voyages to SANAE, Marion Island, and Gough Island. I was incredibly lucky to be mentored by people such as Henry Valentine, Adriaan Dreyer, and Sam Oosthuizen. Their passion for the Programme was unmistaken and they taught me what SANAP was all about.

(Images L-R: Initiation ceremony onboard the SA Agulhas – DEAT team Marion Island – Gough Island Captain’s visit)
Since my early years I had a keen interest in construction and that led me to end my career in the public sector, and in 2006 I ventured into the unknown. I knew that to successfully manage a business you have to learn from the bottom up. So, I enrolled for a plumbing qualification at a Northlink College. Suddenly I found myself in a man’s world, and it took some convincing to secure an apprenticeship. Despite being a woman in my mid-thirties I insisted on no preferential treatment, and for the following 6 months I was spending my days digging trenches and chasing walls. My efforts paid off, and months later I was the owner of that very same business! 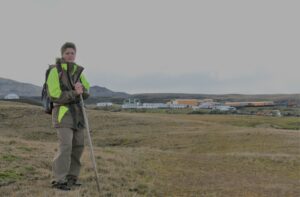 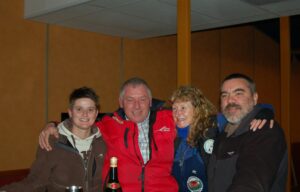 Turns out SANAP is my “Hotel California” and how true is the lyrics of the song. I checked out of my job at SANAP years earlier, but it seems I could never leave. In 2010 I placed everything on hold and jumped at the opportunity to spend the entire construction voyage (5 months) on Marion Island and to be one of the first occupants of the new Marion Island base. Appointed as Laboratory Manager by the CIB at Stellenbosch University, I coordinated the relocation and setup of the new laboratory facilities. Whilst on Marion, my passion for the Programme was rekindled and I vowed to return one day (one day turned out be 2019). Back home, and in between managing my own business, I enrolled at UNISA for a degree in Environmental Management. (Image top left: Marion Island construction voyage – Image top right: Time to relax with Hein Smith,Linda Clokie and Adriaan Dreyer). 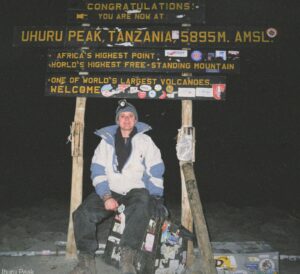 When I look back, I realize how lucky I am to be able to draw on a wide range of expertise accumulated over the years. I honestly believe that you can do anything you put your mind to. Many people will insist that one needs to maintain a narrow focus to be successful, but I don’t agree with this view. Many of us have broad interests (this is certainly true for me), and I have lived most of my passions to the fullest. I am particularly proud of so far conquering two of the seven summits. My advice would be to live and pursue all of your interest to the fullest, and then push the boundaries and do even more. (Image left: Summit Mount Kilimanjaro).
I still participate in SANAP whenever possible, the most recent trip being the 2019 Marion Island relief voyage. 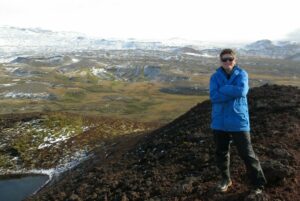 Currently I live and work in Johannesburg, and under the supervision of Prof David Hedding (UNISA) I will complete my Hons in Geography this year. My project is linked to Marion Island spatial data – full circle back to SANAP.