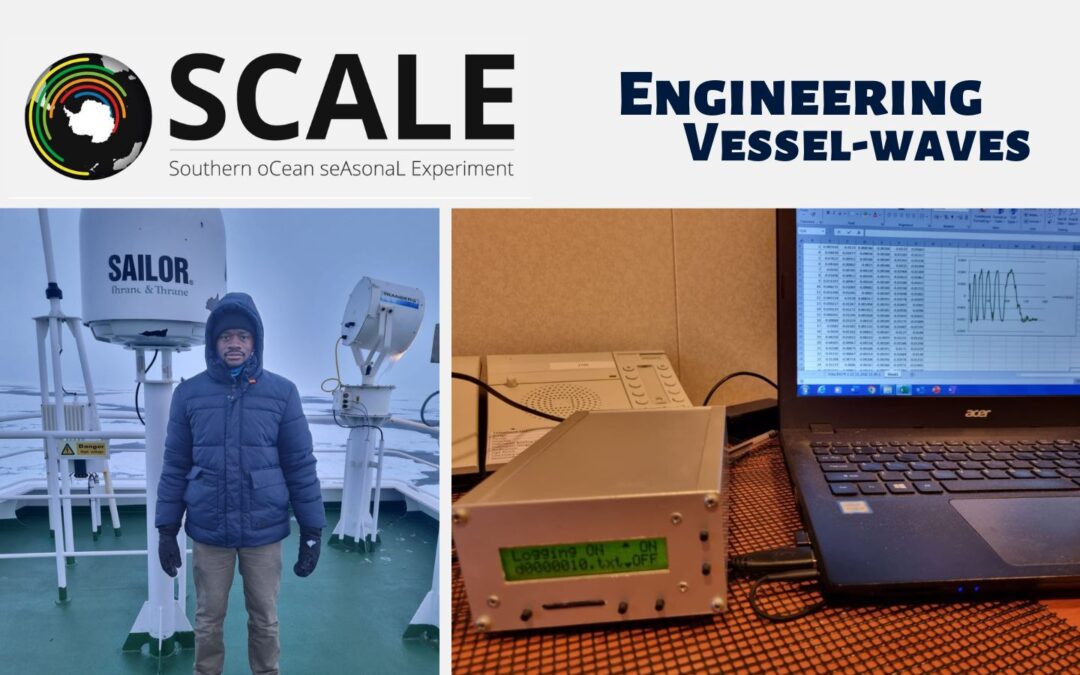 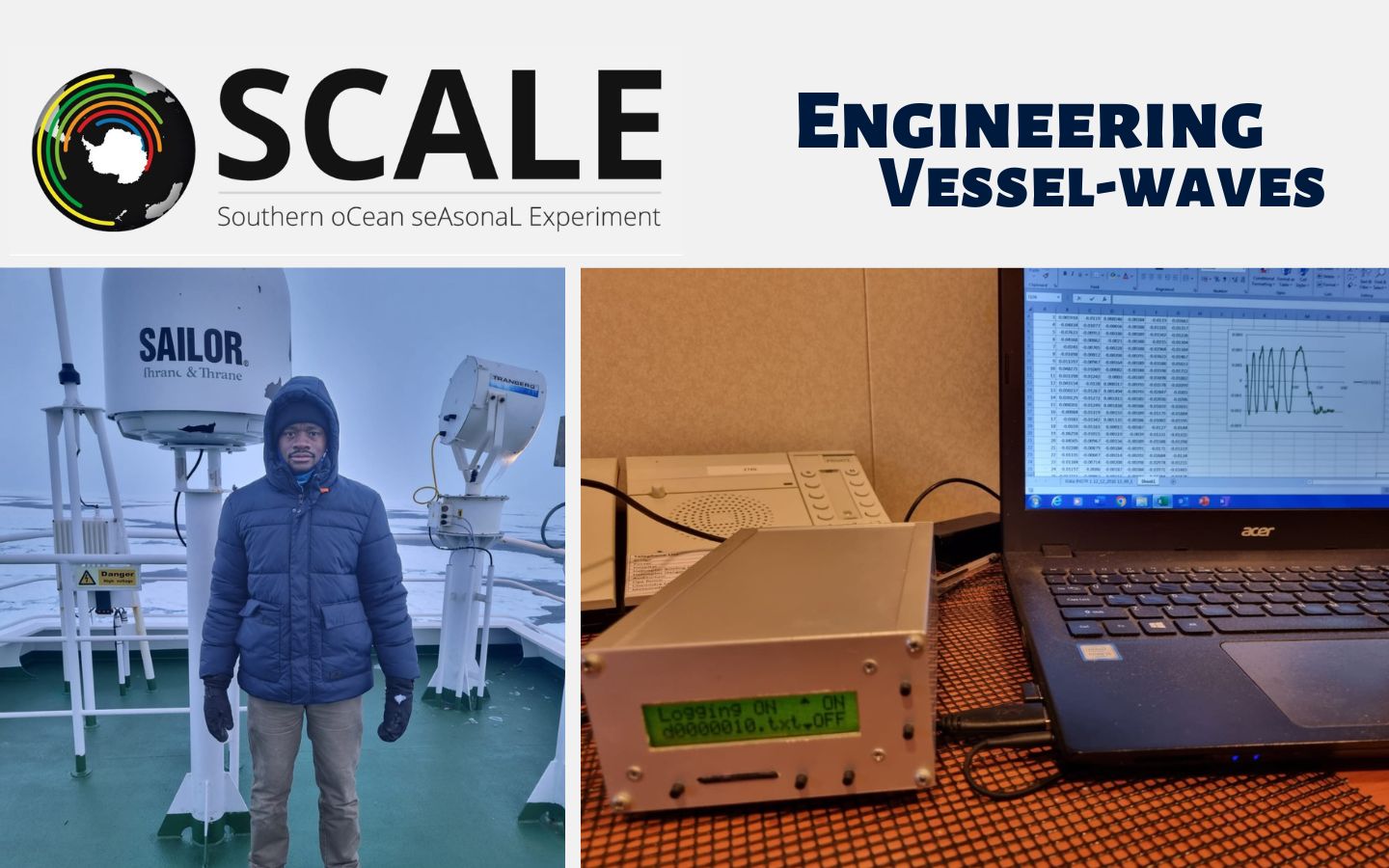 L-R: Paul Senda (onboard team member). Data recorded with the sensor in Room 7320 are being interpreted with mathematical modeling.

More about the project:

Four IMU (Inertia Measurement Unit) sensors are installed on the S.A. Agulhas II – two sensors are near the center of gravity of the ship, one on the monkey deck and one on deck 7 (Room 7320 – for quick verification of the code). The sensor is a small, self-contained strap-on system and records the time series of roll, pitch and heave. 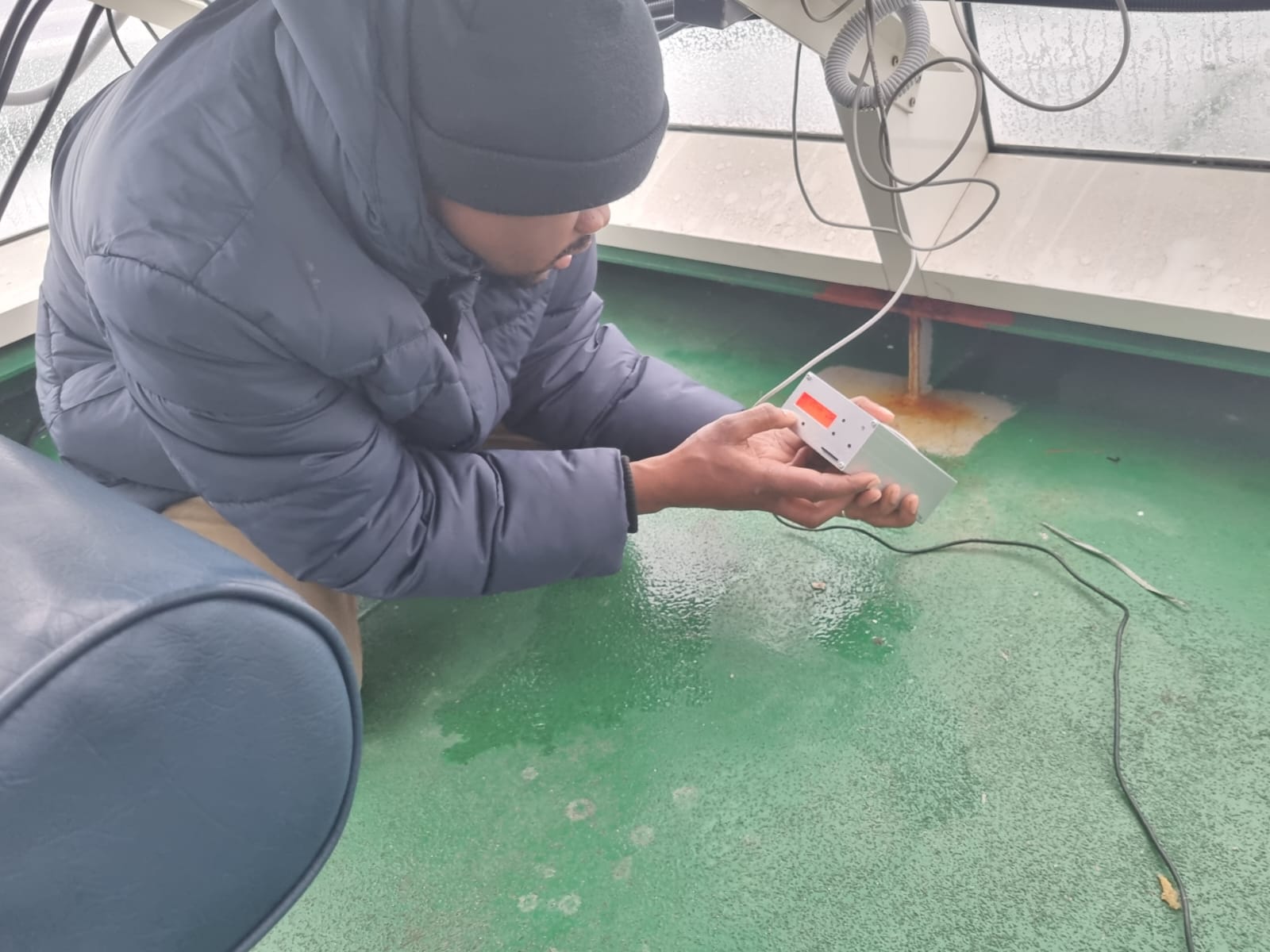 Setting up the sensor located on the Monkey deck. 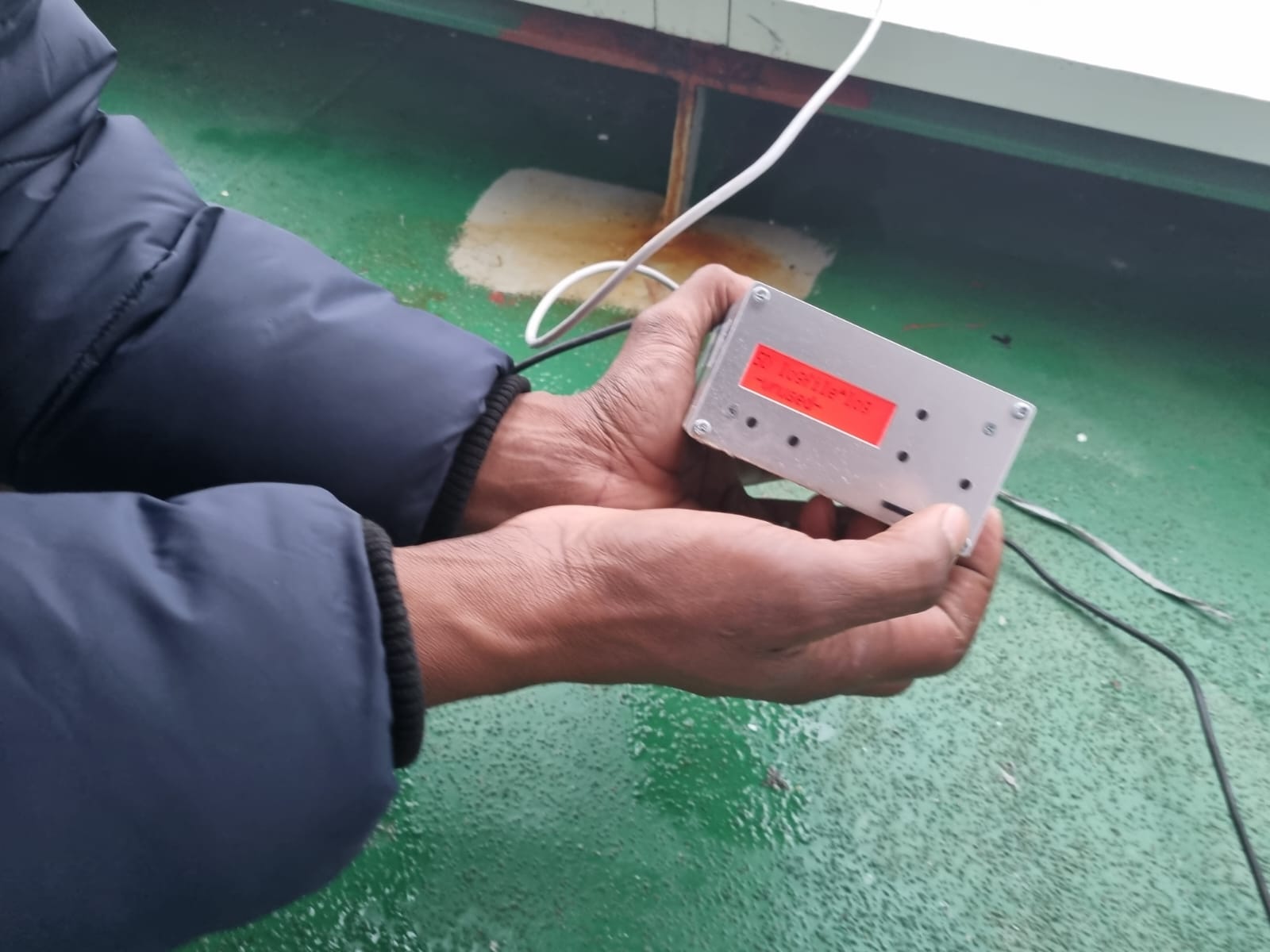 We know the ship’s response to waves, as described by Response Amplitude Operators (RAO). These must be computed numerically from the shape of the ship’s hull (the hull of the SAAII, which I obtained while she was on dry dock in 2019. We did a 3D scan of the vessel with Prof Bekker). We have developed software which relates the observed time series with the RAOs to the statistical characteristics of the sea state. Once it works, we can use a ship as a sensor for the sea state in which it travels.

Data recorded using the IMU are used to verify the algorithm or mathematical model and existing software predicting or giving the input to the ship’s motion on the sea which is waves. The understanding of sea waves will allow people or vessels for better seakeeping, seakeeping behavior and identify parts of the ship that affect good seakeeping. 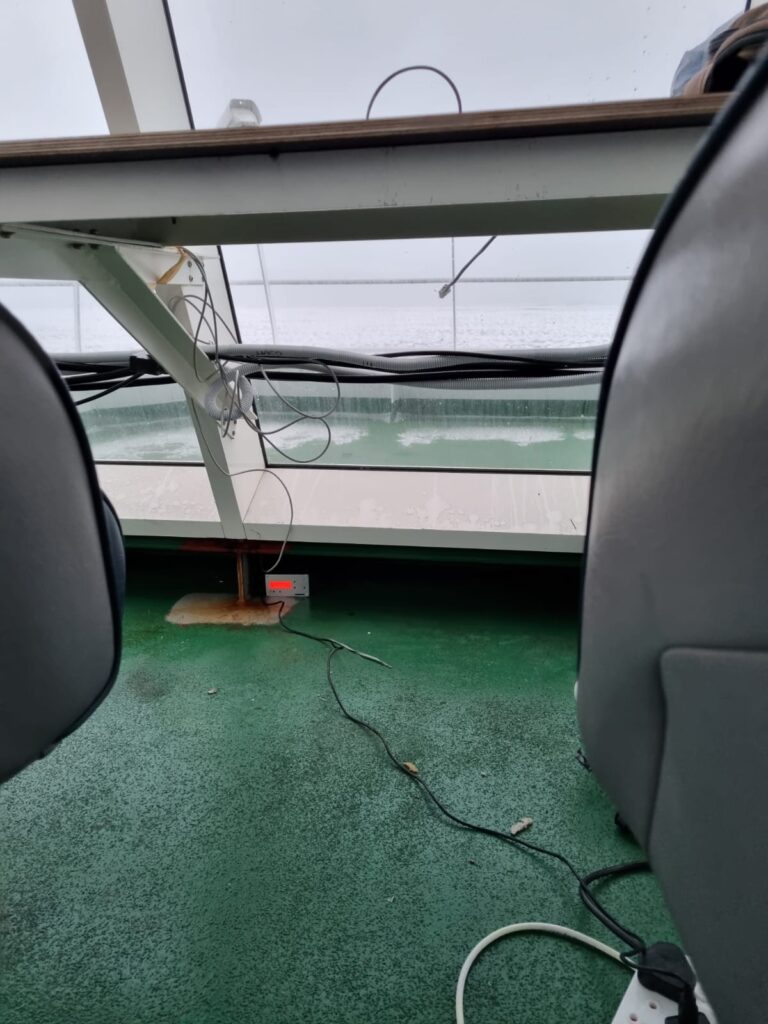 The sensor on the Monkey deck recording with respect to the Aft of the ship. 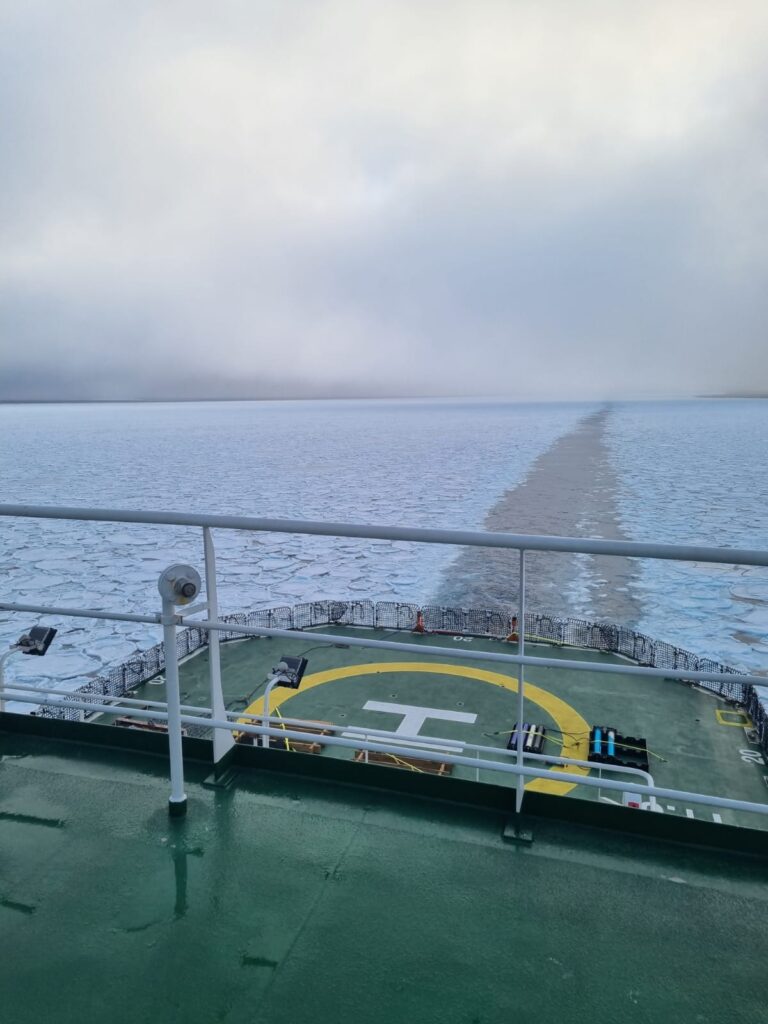