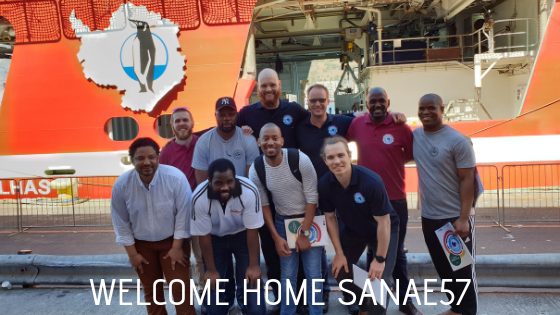 The 57th South African National Antarctic Expedition (SANAE) team has returned to Cape Town, after 15 months away from home (see photo below). This team had to stay a bit longer at SANAE IV than usual, due to the longer take-over in order to accommodate the Weddell Sea Expedition, that was incorporated in the 2018/2019 Antarctica Cruise. 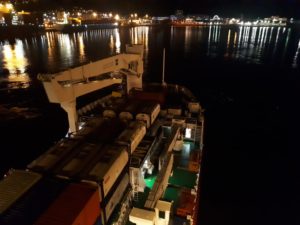 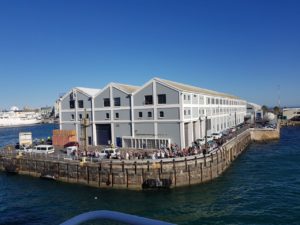 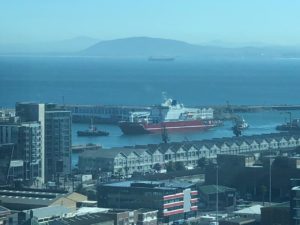 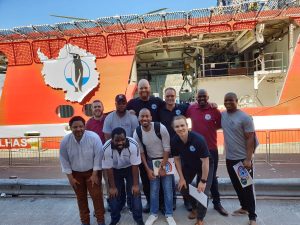 This Weddell Sea Expedition was funded by the The Flotilla Foundation and the S.A. Agulhas II chartered a team of scientists into the Weddell Sea, for extensive scientific exploration on and around the LarsenC ice shelf and the A68 Iceberg. Click here to meet the South Africans that was part of this expedition.

The Weddell Sea Expedition also involved the search for Sir Ernest Shackleton’s ship, the Endurance (click here for more information), but due to unfavourable weather conditions and the loss of the AUV (automated underwater vehicle) the search was ended where after the ship headed back to Penguin Bukta where overwintering members (S57) and take-over personnel of SANAE IV boarded the ship. 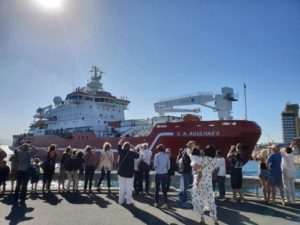 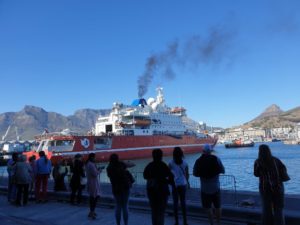 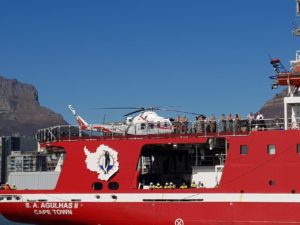 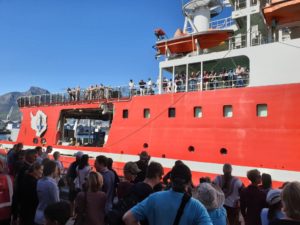 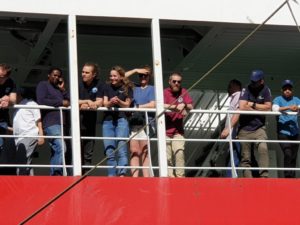 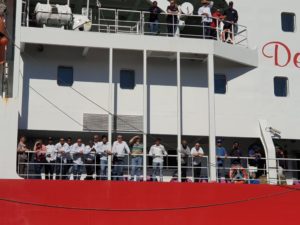 Posted by Antarctic Legacy of South Africa on Friday, 15 March 2019