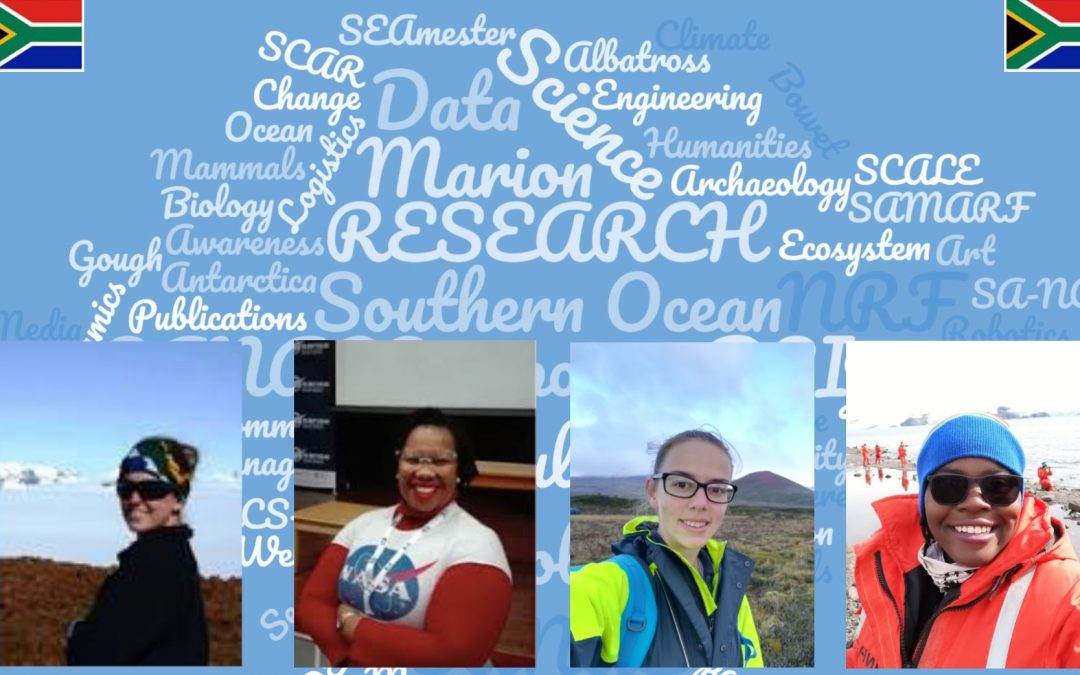 11 February 2020 was the International Day of Women and Girls in Science and 8 March 2020 is International Womens day. Within the SANAP environment there are many women, this article highlight four early women career scientists.

Liezel Rudolph is chair of the Association of Polar Early Career Scientists (APECS) of South Africa. She is a PhD student, working on cosmogenic nuclide surface exposure dating

of Marion Island in the sub-Antarctic. Her research is on the impact of various physical factors on landscape change, for example: animals (seals in particular) on soil properties and vegetation community composition; ice, above or below the ground surface. Geomorphology or better known as Physical Geography is her area(s) of Interest and more specifically, the processes behind 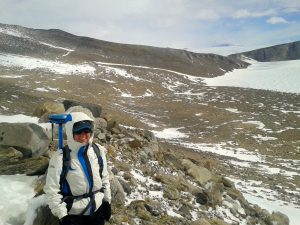 Periglacial Landforms and to a lesser extent Biogeomorphology. She is  fascinated by cold and mountainous places, and thus prefer to work in environments like the High Drakensberg, Subantarctic Marion Island or Antarctica. Liezel is a lecturer at the University of the Free State, Bloemfontein and one of the founding members of APECSSA. Since June 2019 she is the APECSSA Chair. Her Master’s work on rock glaciers took her to Antarctica twice (2013/14 & 2014/15), while her Honors studies led to a visit to Marion Island (2011). Her PhD studies have since taken her to Marion Island again (in 2017), most recently in 2019.

Kolisa Yola Sinyanya is a PhD. candidate in Oceanography at the University of Cape Town (UCT). Her Ph.D. 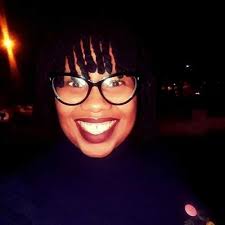 research is part of a growing body of work that critically examines biogeochemical cycling in the ocean, particularly regions that are currently under-sampled. The research aims involve exploring phytoplankton community dynamics and microbe-nutrient interactions in the Indian Ocean, including subtropical and Southern 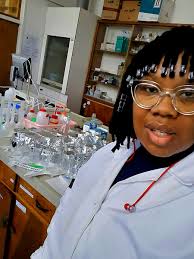 Ocean waters. To-date, Kolisa has been awarded the Advancing Womxn Fellowship in the Department of Oceanography. She is a Black Women in South Africa Fellows of 2019. In 2019 she was nominated as one of the Inspiring Fifty Women in STEM South Africa. Kolisa has a passion for learning science and for sharing her science and this PhD programme has allowed her to engage in effective science communication through both public speaking and scientific writing. Kolisa’s work has also been documented in the academic communication magazine, The Conversation Africa. Earlier this year she was invited to be on the “New Voices” panel at the annual Nature, Environment and Wildlife Filmmakers Congress. Sinyanya is committed to increasing the visibility of women in STEM and to that end, she runs a blog called Women In Science Hub.

Daniela Monsanto is a PhD Candidate at University of Johannesburg.

She has just been awarded the HJ Scoonbee medal for the best MSc Dissertation in Zoology(UJ) Her work documented the fine scale genetic patterns in a springtail species on Marion Island. Daniela is using next-generation sequencing technologies to develop a suite of informative markers (including whole gnome assembly) to address ecological and evolutionary questions of the springtail species, Cryptopygus antarcticus travei, on Marion Island. Her work will allow us to identify the forces that impose strong selection

pressures on the organism and the genes that experience selection in response to environmental change. Her results highlighted complex spatial genetic patterns that could be driven by micro-habitat preferences and/or a fitness funnel driven by local adaptations. This complexity illustrates that individuals respond to environmental changes. Her results may bring about far-reaching implications for conservation management on Marion Island, highlighting the importance of considering fine-scale evolutionary processes in management plans. In essence, her results emphasize that conservation efforts are best addressed in a ‘bottom-up’ approach as opposed to a ‘top-down’ approach, which is the case for (Southern Ocean) biodiversity. She is passionate about her work and is extremely fond of the world down south. Daniela loves everything about nature, the outdoors, and sports, particularly soccer, of which she is part of a ladies team in a provincial league. She enjoys spending time with her friends and family, and in her free time, she enjoys the hobby of fishkeeping.

She is currently a Capetonian and studies towards a Masters in Physical/Chemical Oceanography, through the Nelson Mandela University. She was one of 41 students that qualified for this year’s SEAmester cruise and won the prize for best student on-board. During the SEAmester cruise, Rudzani showed her passion for science, nature and especially the Southern Ocean. She has 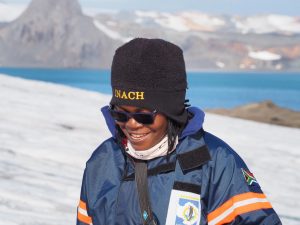 ambition that will not be held back and we are convinced that she will become an Antarctic ambassador at heart and further the connection between Cape Town and the Antarctic, as part of the network of gateway cities toward the Antarctic. Her expectation for the expedition before she left :  “I look forward especially to interacting with the other young leaders and researchers chosen for this expedition to possibly establish connections. As an aspiring Oceanographer, Antarctica is an important milestone in my career, it represents the pinnacle of science, cooperation and diplomacy. To be the South African ambassador for this project is a privilege and is extremely humbling.” Rudzi arrived back in Cape Town on 28 February 2020 from the first ACYE

These early career women scientists have done presentations all over the world at international and national events where they represented South Africa and their institutions and have been authors and co-authors of articles in scientific magazines They are an inspiration to the girls of South Africa  in Science.