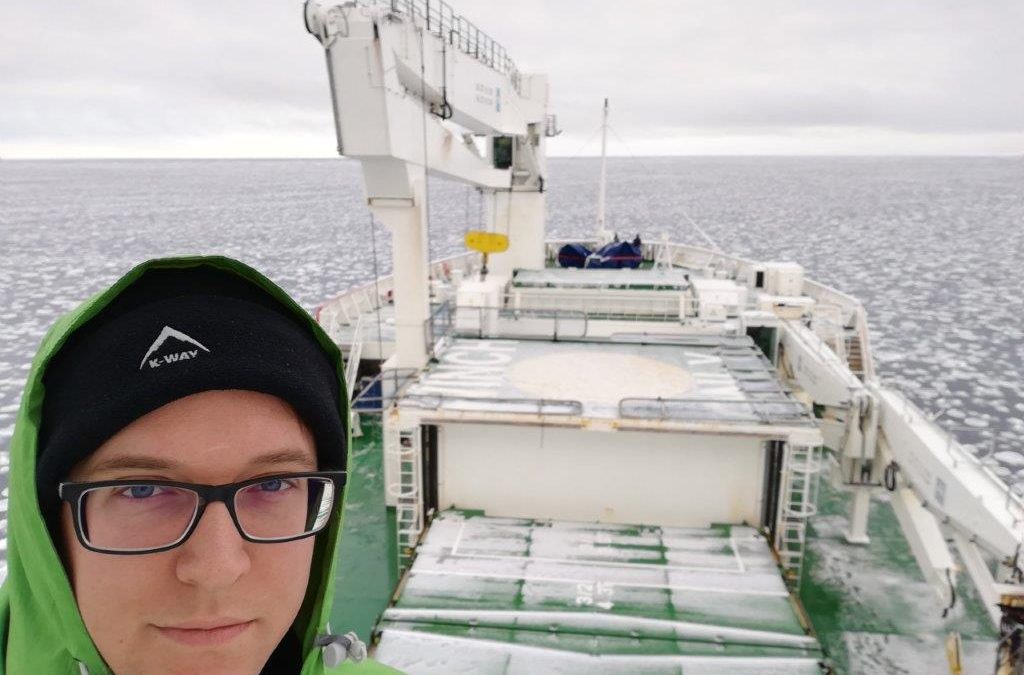 Johannes Jacobus Viljoen grew up in the small town of Wolseley in the upper Breede River Valley and started his tertiary education at Stellenbosch University after graduating high school in Ceres. He completed a BSc in Earth Science in 2015 and became the first member in his family with a university qualification. In 2016, he completed a BSc (Hons) Earth Science degree in Environmental Geochemistry where he gained a keen interest in marine biogeochemistry and research. He continued his studies as a graduate research student on phytoplankton distribution in the Southern Ocean at Stellenbosch University within the Centre for Trace and Experimental Biogeochemistry (TracEx ), earning a MSc degree (cum laude) in 2018. 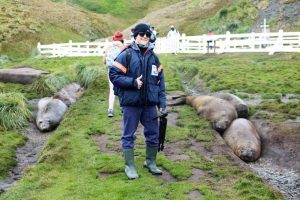 Johan is currently a PhD candidate  in Earth Science at Stellenbosch University (SU). His research focus is part of a larger project within the South African National Antarctic Programme (SANAP)  of which the main aim is to understand the biological and biogeochemical processes occurring in the Southern Ocean, how this is linked and will affect our global climate. His PhD research within TracEx revolves around marine biogeochemistry and aims to better understand phytoplankton dynamics in the Southern Ocean and their links to macro- and micronutrients distributions across various seasons and within poorly sampled regions. He specifically strives to specialize in the use of phytoplankton pigments to identifying and quantifying phytoplankton groups essential to the marine carbon cycle and assess their photoprotective abilities and adaptability within the current changing ocean environment. To date, Johan has participated in three research cruises on board South Africa’s flagship research vessel, the S.A. Agulhas II . For his first research cruise, a summer resupply cruise to Antarctica (SANAE 56: Nov 16 – Feb 17), he skipped his BSc (Hons) graduation in December 2016 to join this cruise and collect samples for multiple projects on his own. He wrote a blog tabout his experiences during this cruise and what it was like on the Antarctic ice shelf during the SANAE 56 take-over .  He participated in two further research specific cruises to the Southern Ocean during winter as a member of the TracEx team, one to the Indian sector in July 2017 (for which he had to postpone his honeymoon 😊) and another to the Atlantic sector during the SCALE winter cruise (July/Aug 2019). 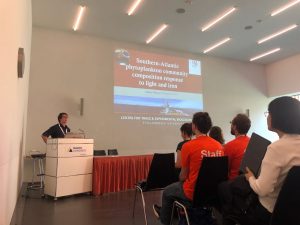 He attended his first SANAP symposium in 2016. He attended the Polar 2018 conference in Davos, Switzerland in 2018  where he presented an oral presentation on his research. He later joined the South African branch of the Association for Polar Early Career Scientists (APECS-SA)  as a committee member during his second SANAP symposium in 2018. He currently serves on the APECS-SA national committee as one of the co-chairs. From 2018 – 2019, he also served as the postgraduate representative of the Department of Earth Sciences at SU on the postgraduate committee of the Faculty of Science. 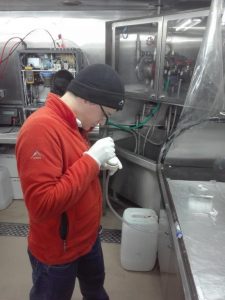 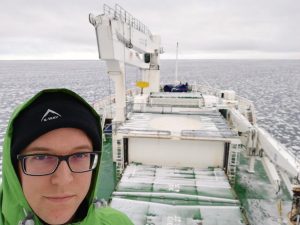 Johan is driven to learn more about marine science and sharing his research and experiences with others. To date, he has published two scientific articles from his MSc research and aims to follow an academic career. In August 2017, he was awarded the opportunity by the SU International office  to attend a summer school at the University of Helsinki: Introduction to modern atmospheric science. In September 2019, he was awarded a SCOR  travel bursary to attend the 2nd International Geotraces Summer School  in Spain to further his knowledge about trace metals and their role in the marine environment.

He is also active on Twitter (@JohanSOV ), utilising social media to promote his and other marine science research. He also has a vested interest in science communication and attended a master class in science communication offered by CREST at SU in December 2019 to advance his skills in science communication.  He has volunteered at the retirement home in his hometown, talking to those less mobile about his experiences onboard the SA Agulhas II and the history of SA in Antarctica. He and other members of TracEx have participated in multiple outreach visits of primary and high schools to their department and have been volunteer guides for first year BSc student onboard the S.A. Agulhas  II.

In his free time, he enjoys spending time with his family and friends, watching documentaries and movies based on true events, reading, hiking and travelling. He considers himself to be a bit of a coffee connoisseur, a budding gardener and an experimental cook.

With determination, hard work and by accepting help when needed you can reach any goal. “Alone we can do so little; Together we can do so much.” Helen Keller