Sunday Science: Biogeochemistry – Microorganisms and the Chemistry of the Seawater 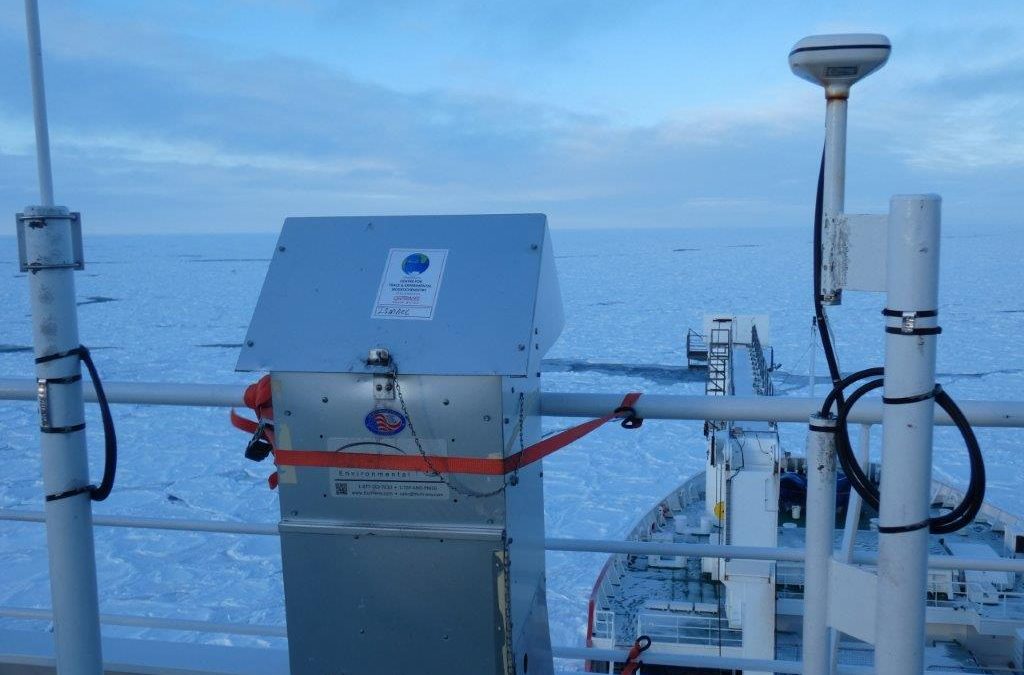 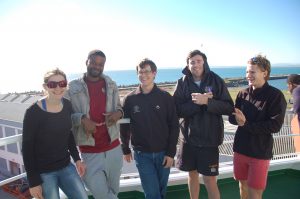 Susanne Fietz at the department of Earth Sciences at the Stellenbosch University is the principal investigator. GEOTRACES and the follow up programme Biogeoscapes are programmes  which aim to improve the understanding of biogeochemical cycles and large-scale distribution of trace elements and their isotopes in the marine environment. Scientists from approximately 35 nations have been involved in the programme, which is designed to study all major ocean basins over the next decade. In this project we work together with marine biogeochemists at University of Cape Town and CSIR (SOCCO), biotechnologists and genomicists at Stellenbosch University and University of Pretoria, as well as with colleagues at the Norwegian University of Science and Technology and Universidad Nacional Autónoma de México.

The global changes affecting the terrestrial ecosystems are matched by threats on the marine ecosystems, such as the warming of the ocean and concomitant changes in ocean structure, or marine pollution. The extent of the ecosystem alteration is still a matter of heated debates, especially when including stakeholders from industry in the discussion. Science is still far away from having all answers policy makers need. Furthermore, the notion that the oceans provide unlimited resources is still widely spread in society, despite a growing perception of rather straightforward threats such as overfishing.

Oceans are changing under pressure of global changes, be it for increase in temperature, sea-ice melt, stratification, acidification or pollutants. The tiny ocean’s inhabitants, the microorganisms, will mostly adapt to it, however, it will most likely result in shifts in community composition and thus in biogeochemical fluxes, including the export of carbon, essential for an efficient drawdown of atmospheric CO2. This project focus on the link between microorganisms and the chemistry of the seawater. Two major concerns drive our focus on the microorganisms: 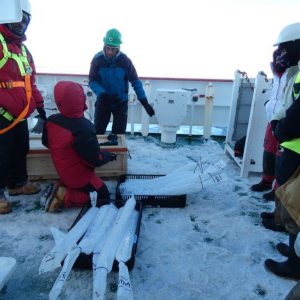 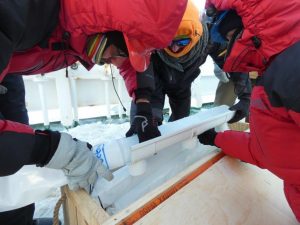 Marine primary production in the world’s oceans is generally limited by the availability of nutrients in the upper, sunlit waters. Nitrogen availability tends to limit productivity throughout much of the low-latitude oceans. The primary productivity in the Southern Ocean, in contrast, is primarily limited by constraints in bioavailability of trace metals such as iron that are vital for various biochemical processes, such as chlorophyll synthesis and nitrate utilization. Phytoplankton blooms in the Southern Ocean usually occur near the few islands scattered in the Southern Ocean, such as South Georgia or Kerguelen, and close to retrieving ice around Antarctica. In addition, changes in productivity are linked to times or areas of increased dust input. Increased primary productivity leads to two major consequences: a) food-web stimulation, and thus impact on biodiversity and fisheries and b) enhanced biological pump, and thus atmospheric CO2 sequestration.

Phytoplankton and microbial communities are normally studied separately, even though it is important to assess their tight interactions. Marine microbes compete for macro- and micronutrients with phytoplankton and largely control micronutrients bioavailability at the ocean surface, but they also control an efficient recycling system below the subsurface. This tight interplay between the microorganisms and the ocean’s chemistry has thus important implications for fisheries and for the global climate. The role(s) of microbial communities in the Southern Ocean are understudied, to the extent that it is often not known what species are present. The development of fast and cheap DNA sequencing technologies allows for their identification, and we will help fill this knowledge gap. The improved understanding of the functioning of the Southern Ocean ecosystem will then allow improving models projecting future global changes.

The project is involved in science awareness (left Susanne Fietz during an interview at the East Pier, Presentattion to Sun Valley School, Presenatition to Antarctic Season 2019). For more information visit their page. The educational video is available on the ALSA archive