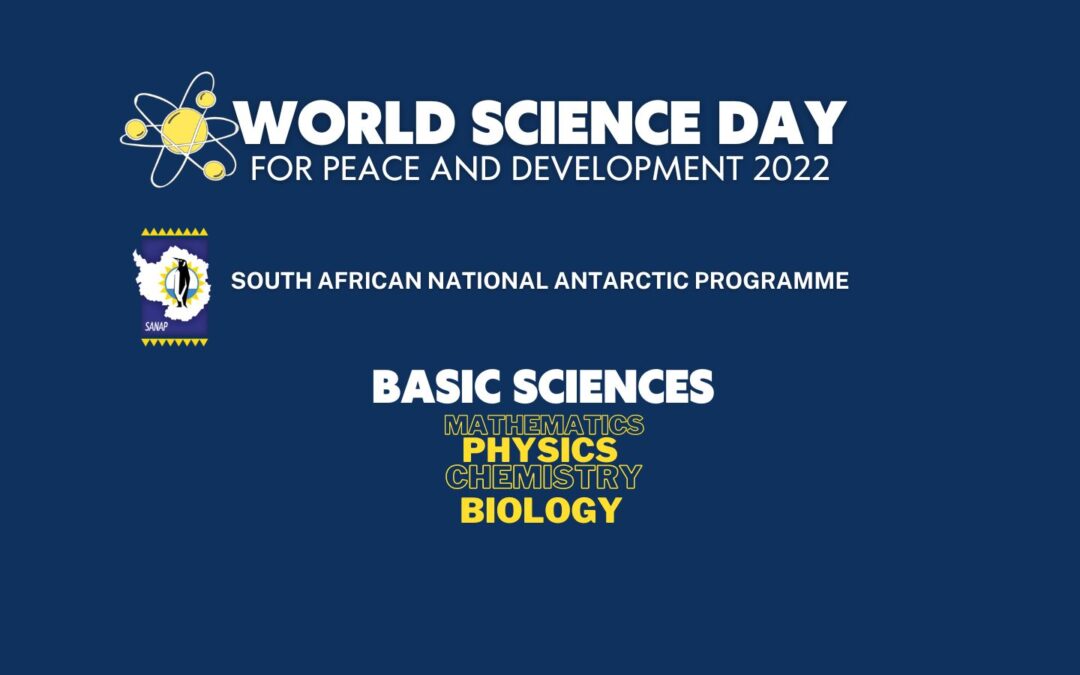 World Science Day for Peace and Development is coordinated each year by UNESCO on 10 November.

World Science Day for Peace and Development aims to build a bridge between science and society. This should be an encouragement to all scientific programmes to create an open line for communication between scientists and the public. The public needs to be informed about polar research as “the polar regions are extremely important and connected to the rest of the planet. The polar regions are essential for the health and future of the fantastic planet earth” (European Polar Board Executive Secretary, Dr Renuka Badhe).

Keep an eye out for more information on the Antarctic Season Launch 2022 – providing a platform for discussions between the SANAP scientific community and the public.

Scientific projects within the South African National Antarctic Programme (SANAP) are based on basic sciences (Mathematics, Physics, Chemistry, and Biology). Below we point out some of these scientific projects funded by the National Research Foundation (SANAP-Funding). 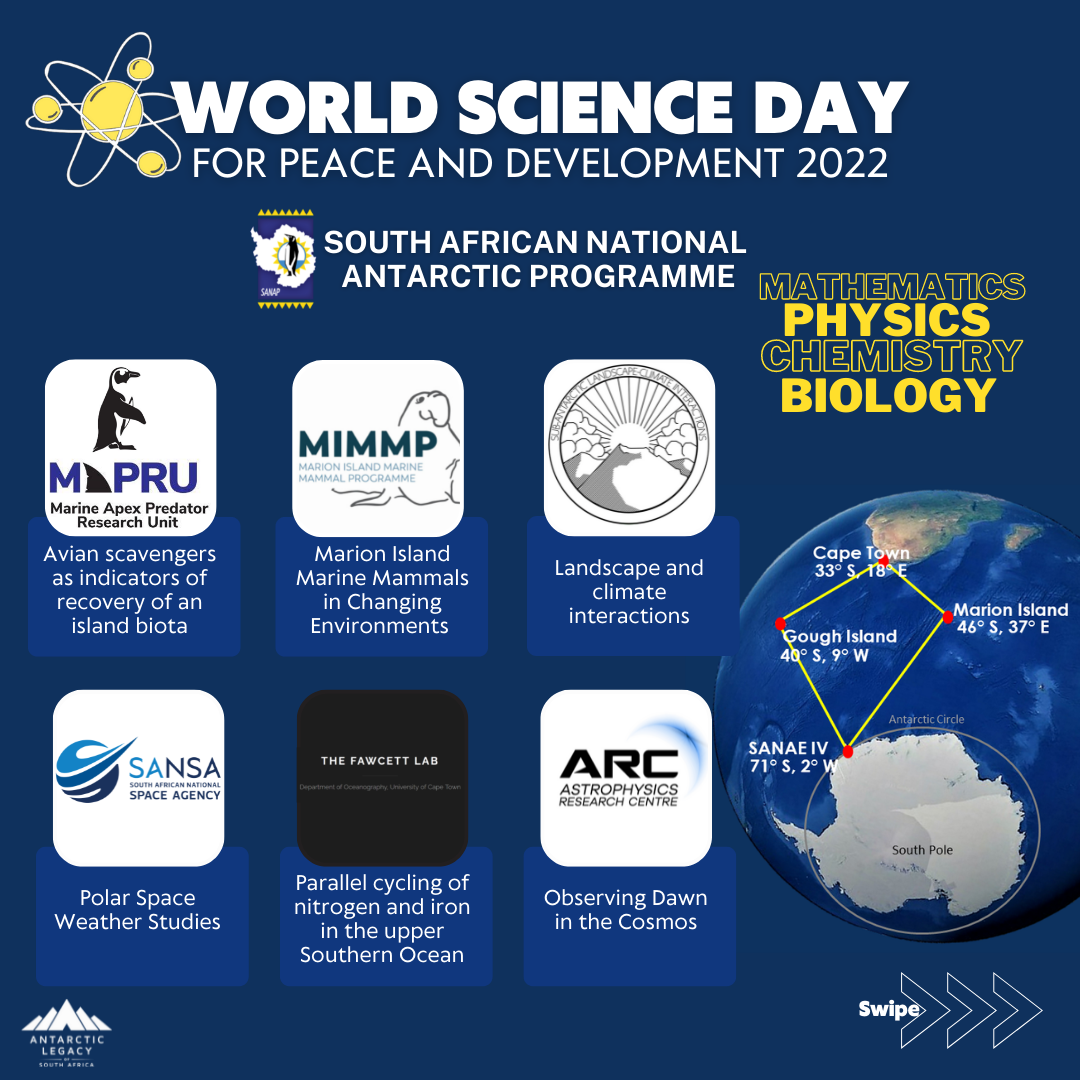 See below a list of all the research projects funded by the NRF-SANAP. These projects will be funded until the end of 2023. 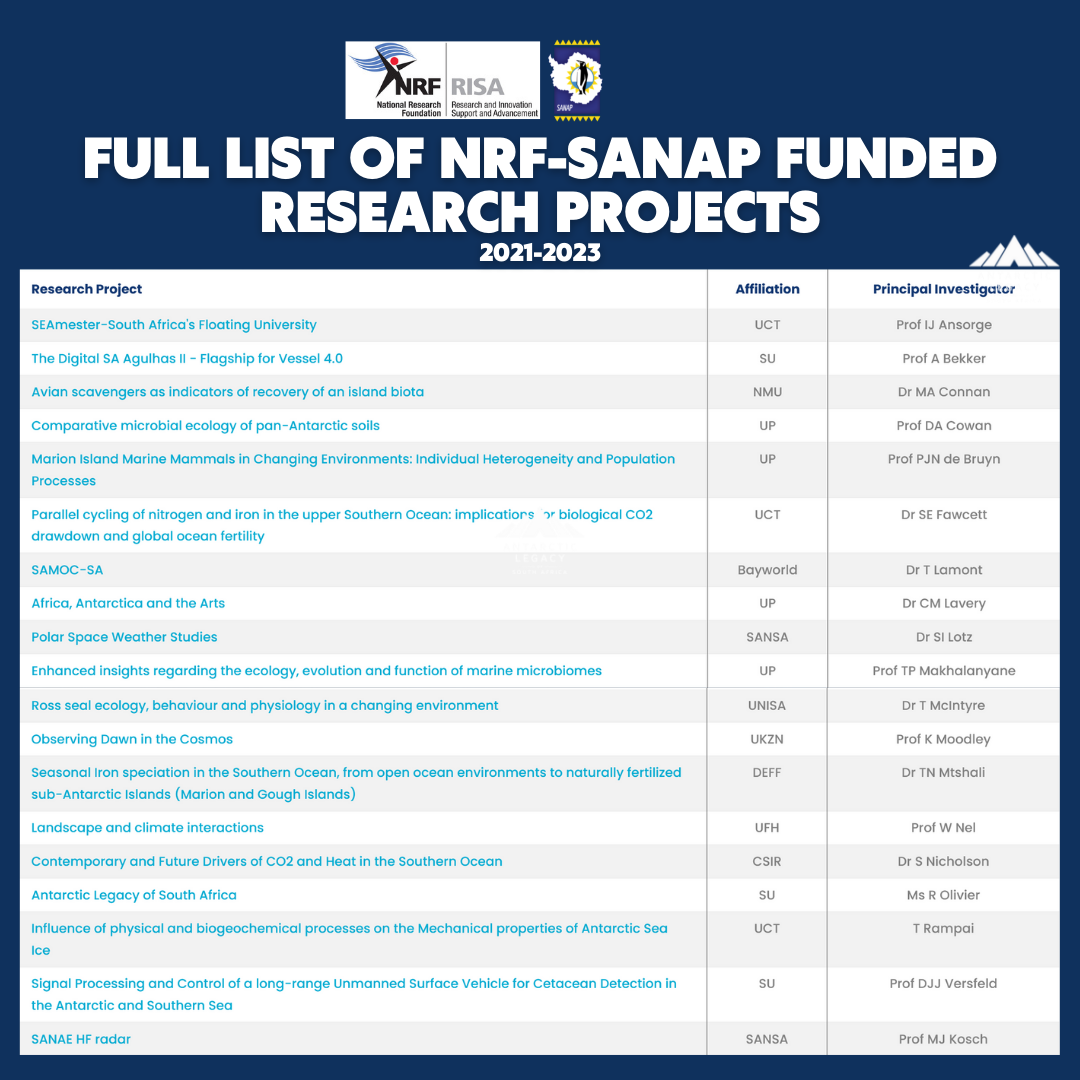